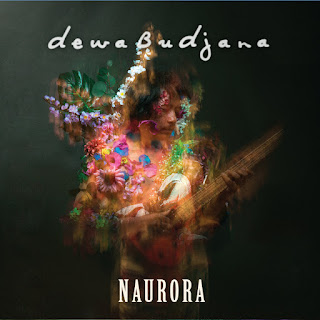 It’s been three years since Dewa Budjana has made another album after the release of Mahadini. He’s been quite the busy man. Collaborating with Tohpati, Tony Levin, Jack DeJohnette, and Peter Erskine, he has shown no sign of stopping to bring his spiritual textures to life. With the release of Naurora, he’s bringing the circle in full.

Released on the Mehsada label from Indonesia on the MoonJune label internationally, the album was recorded remotely during the Pandemic. Naurora takes you away from the craziness of the outside world into the unknown. With help from Simon Phillips, Joey Alexander, Jimmy Johnson, Gary Husband, and Carlitos Del Puerto, they’re just band members, but a band of brothers lending Dewa a helping hand to bring his latest creation to life.

The opening title-track features Imee Ooi’s vocalizations to bring the curtains to rise with snarling guitar sections. Featuring Goblin-sque atmospheres with its Epic sounding vibrations, it becomes a duel between Dewa and Mateus Asato before they go into an exhilarating bossa-nova metallic groove! As Puerto’s bass sets in the grooves, Joey takes center stage by laying down some piano vibrations of Gershwin’s Rhapsody in Blue.

Swarna Jigga has these spiral staircasing improvisation as Dewa and Mateus share a duel by duking it out a Zappa-sque midsection. Soaring arrangements thanks to Philips’ helicopter like drum work, the landscaping textures go for some time changing melodies while walking towards these mystical forests to see what the future will have in store for us on Kmalasana.

Sliding acoustic double-tracking guitars from Dewa, we as listeners are waiting for the sun to shine as he turns this composition into crossover combination of ambient electrical rain power to cry out in the middle of a heavy thunderstorm. When you listen to Sabana Shanti, at first, Dewa tips his hat for a brief second to Procol Harum’s Grand Hotel.

But then, McCandless’ sax gives an insight of a spectacular beauty while Dewa and Dave Weckl go for a samba segment. It gives Paul a chance to relieve the stress that people are going throughout the pandemic before Joey returns for another Gershwin showdown by sending us into the clear blue sky.

Blue Mansion closes the album with an ominous Indian tribe. With its Magma-like riffs, it becomes a celebration before Husband lays down some Mars Volta-like grooves as Carlito’s upright bass becomes a cat-and-mouse chase.

Naurora is Dewa’s message for a chance of relaxation. While everything came to a screeching halt last year in March, this album is definitely a sign of hope. It makes us go through the tricky times during the pandemic that would make you want to dance, punch, and sooth yourself throughout the situations that we're going through.

Posted by znathanson at 8:15 PM No comments: 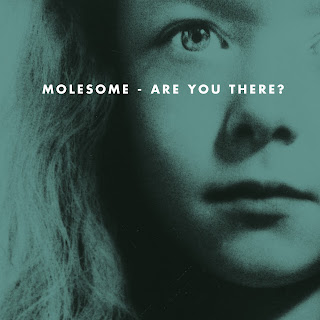 Whenever Roth-Handle Studios cooks up something strange inside their laboratories, you know that Dr. Mattias Olsson’s experiments are out there when it comes to Molesome. He’s very much like a mad scientist by creating more strange inventions that is waiting to be unleashed. And he’s pretty much done that with the latest release, Are You There?

Listening to this album is like going through the structures of Hardcore Devo, Post-Punk, Chamber Music, Tori Amos, Bill Fay, The Faust Tapes, The Residents, and the independent music production library, De Wolfe Music. Mattias has followed Zappa’s advice by throwing the rule book into the fire. While we might abide by them, it doesn’t mean we have to follow them. For Mattias, he broke the rules, one by one.

Sometimes the grooves are trapped in this dystopian house that is trapped between the 1950s and the futuristic ‘70s. For Olsson, it’s almost that he had written the alternate score for the German Sci-Fi miniseries from Fassbinder’s 1973 classic, World on a Wire. You have the surreal Cinevox Italian Psych lounge take of Long Island, Booji Boy returning to the post-apocalyptic sequel from Tunnel of Love with Naturales while Mattias channels the Faerie Symphony-era from Tom Newman on Vernon.

Meanwhile Tanaka is speaking through the intercom in the styles of Laurie Anderson between Spacestation Funeral and Spirits before Molesome raises the roof on Tim (Original Soundtrack). And then, the nod to Delia Derbyshire flows in the string quartet in the melodic textures of Ziwzih Ziwih (OO-OO-OO) on Blues Soaked Hope before the string section takes us to our home planet with our Boxes.

Molesome’s latest release this year may not be everyone’s cup of Joe, but Olsson is always opening doors to see what the 22nd century might be waiting for us. Challenging and insanely beautiful, Olsson is quite the mad scientist that we really need for many years to come in the near future.

Posted by znathanson at 7:29 PM No comments: