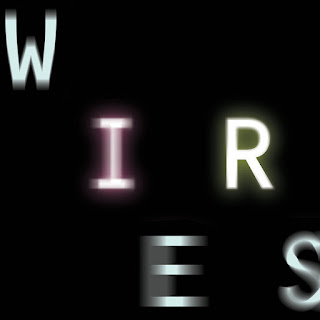 A Sweet Niche is the work of Keir Cooper and Olly Sellwood. Like a cross between Jazz, Alternative, and Intensive Rock, Keir and Olly have known each other since childhood. Olly has played with several artists from the Bad Elephant label including active members of Knifeworld’s own Charlie Cawood and Chrome Hoof’s Emmett Elvin. Not only that but he’s also played with Necro Deathmort and Vodun while Keir performs with the London-based band Yossarian and Chris Brett Bailey’s guitar sextet TMWKFBIMGYL.

They have started out as Eye Music. The first output for Baritone Sax, Guitar, and Drums. And then Eye Music 2. Joining A Sweet Niche is drummer Tim Doyle. WIRES is a knock-out release from 2019. It is like a powder keg ready to erupt at any second. From the influences between Faust, WorldService Project, Diablo Swing Orchestra, Henry Cow, Captain Beefheart, and the first three Soft Machine albums with a fuzztone aspect by honoring Mike Ratledge.

There are moments where we are living in the nightmarish dystopian landscape after everything came to a screeching halt in March of last year when the pandemic and COVID-19 hit. And A Sweet Niche carries some of those expertise. As a listener, you can imagine yourself walking on a dangerous tightrope. And from beginning to end, you may never know if Keir and Olly might cut the rope at any second.

I always imagine that not only A Sweet Niche transfuse Punk and Jazz, but listening to some of the legends of RIO bands while preparing WIRES. There’s Art Zoyd, Guapo, Magma, and honoring the late great Roger Trigaux of Present. I loved the two-part epic on Don Quijote. It becomes sort of like the last stand for the noble to envision his knightly story.

Chaotic, complex, alarming, and tensed, they bring the tragic hero of La Mancha with these haunting background themes on how much Quijote has become his own worst enemy. Vocals add more boiling temperatures that makes Sweet Niche’s arrangements even hotter!

Chantal Brown’s soulful take on The Art of Cultivation, tips her hat with a swinging attack honoring the late great Nina Simone while Eleanor Sikorski’s poetic mind of Allen Ginsberg adds the danger that is coming from the outside world for the Hungerstrike. But once Luke Toms challenging combination between vocals and the instruments on What Pulls You Back, gives Sweet Niche more ammunition than ever!

WIRES is a roller-coaster ride from beginning to end. As I’ve mentioned earlier, it is a challenging debut that A Sweet Niche have unleashed, but holy shit in a fucking handbag! They are out of this world!

Posted by znathanson at 5:47 PM