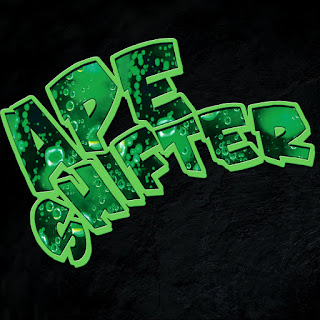 Now we’re cooking with more inflammable gas this year with Ape Shifter’s second album as they keep the fires burning from their follow up to their sole self-titled debut released in 2017. This time, the trio go into some of the different genres and carrying more of the Metal counterparts they always keep in the back seat of the car by revving it up to get the engines rolling by driving down to the heart of New Mexico and seeing the sunsets over the horizon.

Listening to Haskett, the trio ride in their motorcycles by going into the towns of the Thrash Metal genre by tackling the early days of Metallica’s Kill ‘Em All and Master of Puppets-era by travelling back between 1983 and 1986. The first minute and 24 seconds of the Mask of the Ancient Warrior becomes this powder keg that erupts at the exact moment Jeff and Kurty go into metallic riffs and blistering middle-eastern textures.

Jeff shreds more throughout his guitar as Florian’s bass riff goes on a loop as Aug channels the mysticism’s of Ash Ra Tempel’s Manuel Gottsching for a few seconds before heading back into the harder punches by reaching the finish line. On 7 Years Fat, 7 Years Lean Ape Shifter channels the workout of Iron Maiden’s Seventh Son of a Seventh Son as you can imagine the trio taking you inside the Egyptian tombs while Jeff’s guitar’s opens the door.

Once you go in, there’s no turning back. But then the mood changes as they honor more of the sounds from the Moving Pictures-era of Rush. It sounds like an extended mid-section version of the incredible styles of Alex Lifeson as Jeff goes back into the compositions of Red Barchetta as the cars go into some intensive heat as the gas pumps up the speed values by reaching the finish line.

The trio returns to the funk-rock roots on Jiggy Jiggy Boom Boom. And it’s not just getting down and getting funky, but with the raunchy blues rock and Walter going through the textures of Bootsy Collins and Larry Graham as Jeff gives Florian the chance to come center stage and get into those slap-and-pop sections to honor the two masters.

Die Rauscchmeiser sees them delving into the waters of the British Steel-era of Judas Priest as Aug and Walter get the energy juice pumped up once more by channeling Priest’s Glenn Tipton and Iron Maiden’s Steve Harris. They are honoring the NWOBHM sound on this track and they have got the pancakes and coffee well made for an amazing morning breakfast.

The closing track, Matilda which is sung by Jeff himself, has this Beatle-sque vibe with a twist to the Stones Their Satanic Majesties Request-era with a Celtic violin touch by Kilian Kayser. There is some psychedelic vocalizations and lyrical structures that deal with innocence being killed, moving on after losing someone, suicide, and picking either between your friends or your fights.

Ape Shifter have come a long way. And their second album is so far the beginning and they’ve really brought more ingredients to the table to make some more hot and spicy wasabi pizzas and the energies of funk, metal, psych, and a teensy-bit of rockabilly, they know their genres very well and I hope to hear more ideas they would come to the table.

They'll be starting their touring in Germany from March 30th to April 30th and then, performing at a festival on July the 24th at the Free n Easy Festival in Munich. So please check them out.