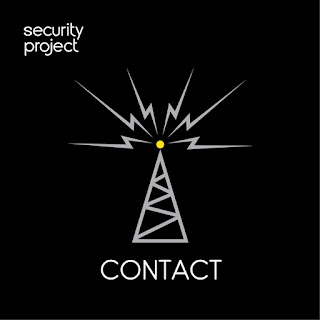 It’s been a good while since I reviewed another live release from one of the most mind-blowing tribute bands honoring the solo career of Peter Gabriel. Last year, they released their third live album entitled, Contact. The concerts were recorded between the States in November of 2016 and in Japan in April of last year. I’ve always admired of what Security Project has been doing by honoring Gabriel’s work to show more and staying true to his vision.

In October of 2016, Happy Rhodes took over vocal duties and taking over Brian Cummins who appeared on the first two Security Project releases (Live 1 and Live 2). When I first heard Security Project’s music back around that time frame in 2016, I was completely spellbound on how they captured Gabriel’s career work. And while they threw in some of the work he did with Genesis including two of the tracks from The Lamb Lies Down on Broadway, I knew right away this was not just a tribute band, but keeping the vision of Peter Gabriel’s machine going.

There are 11 tracks on Contact. One of which is a Kate Bush composition from her fifth studio album in 1985, Hounds of Love. The reinterpretations of the classics bring new life and seeing where Security Project will take them next into. Happy Rhodes’ vocals on Mother Stands for Comfort, is one of the most smoothing and ominous compositions thanks to Trey Gunn’s touch guitar that creates this jazzy scenario as Cozzi’s marching guitar rhythm takes a walk into the unknown.

The walking into the mysterious jungle of the wild on No Self Control is walking through a dangerous maze with traps. Jerry Marotta’s percussion adds the tension and the danger that comes with it and watching your step after the maze. If you make one wrong step, you’re dead. The music adds the tension as the vocals of the titled line is a chilling response and knowing that the pain can be excruciating.

Security Project delve into the waters of King Crimson’s THRAK-era with the song, Intruder. Rhodes makes you feel as if she’s hypnotizing you while Cozzi, Marotta, and Jameson created these visual mysterious effects as if something terrible is creeping up behind you and the danger is towards the victim and there’s no chance in hell of escaping.

Jameson’s keyboards set up the scenario of the News crew arriving to see what is happening to know what is true or false and knowing that the killer is ready to hunt its next target before the rhythm section sets up the intensity of what he’s doing next on the haunting version of Family Snapshot. The seguing between Games without Frontiers and Of These, Hope from the score of Scorsese’s 1987 controversial classic, The Last Temptation of Christ, is an interesting combination.

You have the twist of war along with the diplomacy being a children’s game and the line “Jeux Sans Frontieres” and becoming this cat-and-mouse section of what to do in case of the dangers the politicians doing one thing wrong after another it suddenly changes as the atmosphere becomes ambient as Marotta and Cozzi follow suit and knowing that the rope is close to being loose and there’s about 25 seconds to climb up.

It gave me chills when I listen to this. It felt at times like a suite of the two Gabriel compositions and knowing that Security Project got it nailed down on wood. This is my fourth and fifth time listening to Contact. And I have to say I’m very impressed of what they’ve accomplished and I hope one day they come to Texas. This is worth checking out and they’ll start touring at the late end of May on the 24th at Woodstock, NY at the Bearsville Theater to a two-day gig in Canada between Toronto and Montreal.

So if you admire the first four albums of Peter Gabriel's solo career before hitting the big time with So, please check out Security Project which they'll appear at the Bearsville Theater in Woodstock, NY on Thursday May the 24th. You won’t be disappointed.
Posted by znathanson at 6:53 PM