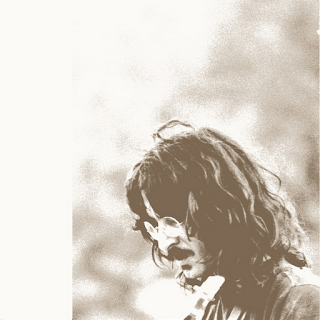 Oscar Wilde once said, “Music is the art in which is the most nigh to tears and memories.” And when it comes to hearing unheard music that had been lost in the basements or has been waiting to look at the light at the end of the tunnel, you might have come to the right place. When a band releases one, two, or three albums before calling it a day, its maybe because it was right place at the wrong time to release it in a time period as it wasn’t ready to hear something like this before becoming ahead of its time. They might look back on it and think, “What we were thinking? We have influenced a younger generation who admired this piece of music and arrangement and we are finally getting a lot of recognition for this!”

All said, one of the most overlooked bands to come out of the Space Rock and Krautrock scene, was a three-piece experimental band from Italy called, Sensations’ Fix.  Recording these pieces of arranging and composition was almost like a dark science-fiction movie and what made them had a huge cult following. In this 2-CD set, the recordings were made from 1974 to 1977 in Virginia and their home in Italy by using a reel to reel tape recorder (Teac 3340) and the track Machine to make the music sound like it was recorded back in 1982.

Both Franco Falsini and his son Jeyon worked on a huge painstaking process to find the recordings to re-master and restore the original mixes with positive results with alternate versions and unreleased material that never made it on the first six albums. While they were paving the way for the Electronic Music score of the 21st century of what the future holds for us, the music itself will make you relax, terrify, and take you into another imagination that you are about to embark on. Like the swirling yet mysterious singing that Franco does on the opener, Barnhause Effect with a New Age feel as Franco goes into his layered virtuoso guitar feel and synth structured atmosphere.

As a Virtuoso, Falsini’s usage of his voice and the two instruments he plays makes him feel as if he made one of the earliest home recordings at his house and make him feel right at home along with drummer Keith Edwards and bassist Richard Ursillo to make sure he’s okay and in the clear. His spacey and spooky sounds on the Synths and Guitar work would make him inspirational as if he was listening to Phil Manzarera, Robert Fripp, Klaus Schulze, and the early Tangerine Dream from the Polydor and Virgin period from 1969 to 1975.

However, Franco’s sound is the real kicker. Sometimes his guitar playing can take you into different levels of the music by making different sounds with some strangely strange areas that his adventurous and moody at times. Combinations of acoustic crisps and double-tracked vocals inside someone’s head is evidential on the instrumental take of Warped Notions on a Practical Joke and the spooky yet soaring take on Dark Side of Religion. But on Cosmic Saudade, he uses the synths to make it more of a dystopian nightmare as if he recorded it for Ridley Scott’s Blade Runner.

Yet with all the wild experiments the trio has connected and structured, Sensastions’ Fix can really go beyond the infinite with a lot of soothing and poignant energy to hold them into the areas of the risk and the envelopes they go beyond to push in their sound and vision. On the alarming Leave My Chemistry, the band comes in full swing as a siren going off as if the city was under attack in the styles of Can while Crossing Berlin could have been recorded during the sessions of Bowie's Berlin trilogy.

While this is my introduction to Sensations’ Fix, Music is Painting in the Air, is one of the most strangest, yet haunting compilation set I’ve listened to. I’ve listened to it about three times and I’m surprised and blown away from what I’ve heard. Throughout the history of Electronic Music, this band will finally get the recognition they deserve and how they would take the road into unbelievable results that will give you goosebumps for the rest of your life.
Posted by znathanson at 9:01 PM