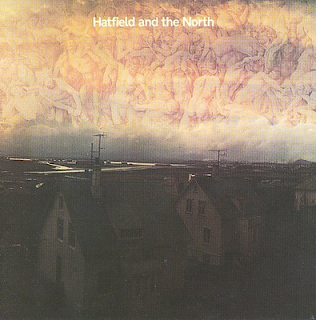 It’s hard to describe about the Canterbury scene in the late ‘60s and in the golden era of the 1970s. Bands like Caravan, Soft Machine, Khan, Matching Mole, Egg, and Gong to name a few, had brought the aspect of whimsical humor, jazz fusion, fuzztone keyboards, and a jolly nice hot cup of tea and biscuits. That and the Esoteric reissues released back in 2009 of Hatfield and the North’s two albums (The Sole self-titled debut and The Rotters’ Club) in which English writer Jonathan Coe, named The Rotters’ Club as a novel, because he was a huge fan of the Hatfields.

The band took their name from one of the signs in London which directed drivers to move forward from Hatfield to Edinburgh and was launched back in 1972 and considered Richard Sinclair on Bass, Lead Vocals; the late Pip Pyle on drums; Phil Miller on guitar; and Dave Stewart on Keyboards. While Caravan was singing about grumbly grimlies, Hatfield and the North were going into odd places in weird time signatures, avant-garde motives, and seeing where the time signature goes and not knowing where the note was going to land.
It's a very odd world that the Hatfields were in, they were always looking for the next chord and having a bit of fun in there, not to mention Robert Wyatt appearance singing different scales on Calyx, but after listening to the reissues about five times already, the Canterbury genre has finally got inside my head to go deeper and search in the whimsical adventures of jazz and beauty like no other.
And while tracks like Son of ‘There’s No Place Like Homerton’, the Herbie Hancock funk of Shaving is Boring, and the hope to be B-Movie titles like Lobster in Cleveage Probe and Gigantic Land Crabs in Earth Takeover Bid, which featured The Northettes, who previously worked with Egg on their last album The Civil Surface, created this angelic vocalization of flying tea trays in the sky, really sets the tone on what’s to come as Phil Miller rips it out with his John McLaughlin take in the realms of the Mahavishnu Orchestra as Miller shreds the guitar like no other as if Holdsworth is watching in awe.

But the bonus tracks of the upbeat tempo singles of Let’s Eat (Real Soon), Fitter Stroke Has a Bath, and here comes the title in which they pay tribute to Monty Python’s Flying Circus, Your Majesty is like a Cream Donut incorporating Oh What a Lonely Time, has a very eerie flavor to it when It comes to the Jazz sound as the Northettes vocalize and scat as the Hatfields go into town making it a fun-loving trip in the realms of the Tribute to Jack Johnson-era of Miles Davis. 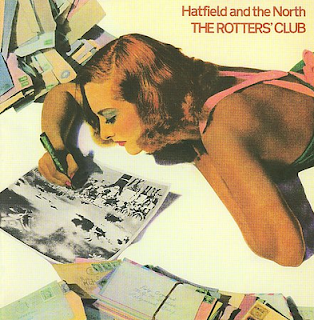 Then comes their second and last album, The Rotters’ Club released on Richard Branson’s label, Virgin back in 1975 along with their first album in 1974, the follow up to their first album, their second album is considered one of the finest progressive Canterbury albums to come out in their majestic hour. Here, the Hatfield’s show that even though they were getting ready to call it a day due to financial pressure from Virgin Records, it shows that putting aside the money differences, they decided to give it all they got and go out with a lot of electricity.

You have the joyous ride into the country of the almost sing-along fusion opener Share It as it segues into the melodic structures between Dave Stewart and Phil Miller on Rhodes and Guitar with Lounging There Trying while the swarming fierce of The Yes No Interlude limelight’s on Dave Stewart as he takes the fuzz into overdrive on the Organ as the band members watch him go into town to pay homage to Mike Ratledge. Then comes the 20-minute epic, Mumps which is the band’s highlight filled with dramatic and tense thunderstorm sounds from the four members as they give the voltage a mighty jolt and almost makes it a live favorite for their concerts.

And then, the live bonus tracks in which the band recorded gigs in London and in France with the touch of Mahavishnu Orchestra touches in there on Halfway Between Heaven and Earth, the roaring sound that reminiscent King Crimson’s Red period on Oh Len’s Nature and then back into the calm of the storm on Lything and Gracing. So if you are ready to go on a fabulous ride with the Canterbury music scene, then let Hatfield and the North take you on an amazing adventure that you’ve never dreamed of and just make you sure eat real soon and have Fitter make you take a nice hot bath to go along with it.
Posted by znathanson at 9:55 PM