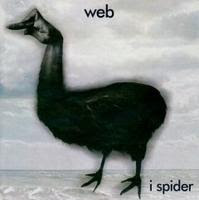 After dropping their R&B/Soul sound from their previous first two albums, The Web became simply Web. From their homage sound of Otis Redding into more of a cross between a format of the lost treasure of Jazz Fusion/early Prog. I Spider was the last album for the group. Now featuring newcomer keyboardist and lead vocals Dave Lawson from Episode Six, it was up to him to have the new direction that Web really needed to be in. With a bizarre cover of hands pretending to be an animal of sorts including a geese, rabbit and wolf, just goes to show you how they could go a little further than Colosseum and ELP. The music itself is astonishing and distinctive. The centerpiece of the album includes the dynamic 10-minute opening suite, Concerto for Bedsprings, it starts off with the saxes giving a fanfare introduction and then Lawson comes in with an eerie vocal lines ‘lying in my bed/shadows painting on the wall/thoughts inside my head/they’re making not sense at all!’ you just gotta love lyrics like that! Then it becomes more of a jazz waltz in 3/3 time signature similar to Coltrane’s My Favorite Things – suddenly, it becomes a hard rock a la Deep Purple style with You Can Keep the Good Life, the next, a finale Loner which ends as if Ornette Coleman played it as a crescendo.
For the obscure prog-rock scene in the early ‘70s that had the homage of the sound of early Jazz had a ball – and for Dave Lawson who kept the tempo going and his voice filling up the small venues and not doing any antics like Keith Emerson and Rick Wakeman to name a few. As for ballads, he took it up a notch with the titled track and Love You which starts off as a mellotronic lukewarm acoustic folk piece then becomes an attack with a vicious sax routine while the bass does some heavy walking and the guitar has a heart attack with its fuzztone like sound. It took the band a while to get into Lawson’s roots of the jazz sound while thinking how they were going to capture the sound. For Dave, it was a challenge for them to record the last album, according to the liner notes on the Esoteric reissue, Dave claimed it took a few weeks to get into the material for the band to try its hands on: “We rehearsed my new material for some time in a Monastery and even a Nunnery and then we were given no more than five days in Wessex Studios to record ‘I Spider’. On that album, I tried to use my voice like an instrument and didn’t use vibrato, which is very hard to do. I didn’t feel that I was given enough time to put vocals down to put my satisfaction.” Well Dave, you did. And you nailed it big time! As the group got tired of being simply called the Webb, after performing in Sweden which is heard on the album of Concerto for Bedsprings and Love You in 1971, you can tell that it was time for a change for them.
The group later became Samurai and releasing just one album and soon Dave went to become a member in Greenslade, then being a session musician and a film composer for Steven Spielberg’s production of the animated 1993 classic We’re Back! A Dinosaur’s Story, and Kenneth Brannagh’s Frankenstein. Listening to this album, you’ll soon be having the good life of I Spider and not being too pretentious.

Posted by znathanson at 1:58 PM