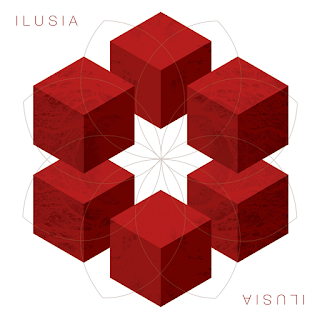 With his 25-year career and 2 million albums sold, Corciolli is a unique artist in the instrumental music scene in Brazil. He’s opened doors to see which landscape he would embark on between Tibetan, Middle Eastern, Celtic, and Classical Music. He would take these genres with his arranging and composition to find infinite universes for the listener to see what is behind these various doors that are about to be open. His new album released this year is called, Ilusia and it shows his origins of the rock influences he grew up listening to.

Listening to llusia, it has this crossover between Jean-Michel Jarre, Mike Oldfield, Steve Vai, Vangelis, and Tangerine Dream. With eight instrumental compositions, Corciolli brings layers and textures of the arrangements by a little help with drummer Ramon Montagner and bassist Mauricio Oliveira and the guitar sampled keyboards by Corciolli himself setting the atmospheres that what is about to happen in the five centerpieces on the new album.

You can close your eyes and imagine a Movie inside your head. Distant Living Memories has this sci-fi film noir featuring dystopian landscapes as you go towards the ghost-town deserted city that what once was, is in dust all of it. You can imagine the memories of the glorious city that was in which there was a time that was so beautiful, turned horrible.

The Man Who Disappeared in the Painting features an introduction between the synth and classical guitar introduction and it has this nod between the New Wave/Atmospheric mysterious arrangement between Acqua Fragile’s Mass Media-Stars, the Halo franchise, and late ‘70s Genesis coming to mind with the Fugazi-era of Marillion as Secrets of the Invisible is a haunting composition.

It feels like this early ‘80s film score as if both Mike Oldfield and Tangerine Dream did the score to the 1985 film, The Emerald Forest as the action sequences start on to attack before the piano and heavy guitar lines knows that the danger ahead of the outskirts as if something terrible is about to happen with some dramatic string sections.

The nod to both the movie, TV series, and the book with Light Spheres in a Stephen King Mist imagines yourself as if you were trapped inside with an un-natural mist of these monsters waiting for the prey to come with some intensive danger outside of the heavy clouds along with alarming jazzy background from the piano and an eerie ending of a nightmarish lullaby. The Hans Zimmer and Vangelis approach has an epic approach for Midnight of the World at the End of Time.

You can imagine the two of them writing the score for the continuation of Blade Runner as if they wanted make a conceptual piece of the mystery surrounding of the disappearance of Rick Deckard as it has this futuristic setting for the end credits. I have to admit, I’m not crazy about this album, but it is a very interesting release that Corciolli has released and it may or may not appear on my top 30 albums of 2017, but he’s got something special with this.
Posted by znathanson at 2:28 PM