Golden Caves - Bring Me to the Water 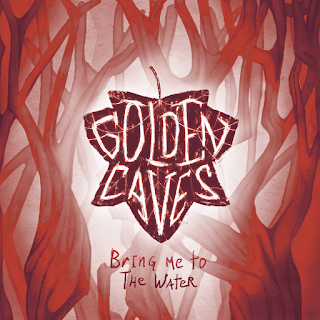 Golden Caves are a contemporary Progressive Rock quintet that formed in 2013 when they were students at the Dutch Arts University, Codarts in Rotterdam. This is their EP released on the FREIA Music label and this is a band worth a lot of recognition they deserve. This EP is a re-master of the earlier songs they did when they were students at the time they were doing smaller venues in Rotterdam.

Two years ago, they reached the finals as runners-up at the Sena Grand Prix of Rotterdam in 2014. And during that second-half of that year, they won the Band Boost in which they got a spot at the Wantijop 2015 Festival playing in front of 20,000 People.

You can imagine the word-of-mouth was spreading about this band. And with help from Christiaan Bruin (The Black Codex) on the production level as with mixing and recording from Wouter Landzaat and Jochem de Jong, Golden Caves are in the recording studio by working on their debut album in early 2017.

The band considers Alex Ouweheand on Guitar, Romy Ouwerkerk on Lead Vocals, Erik Stein on Drums, Elise Polman on Keyboards, and Tim Wensink on Bass Guitar. Listening to this EP entitled, Bring Me to the Water will make you take notice from the sounds of Symphonic, Progressive, and Alternative Rock. There are times it reminded me of the sounds of Magenta, Pink Floyd, Tool, and early Within Temptation that comes to mind.

Romy just shines brilliantly on her vocals. Her voice reminded me of Christina Booth (Magenta), Sharon Den Adel (Within Temptation), and Marjana Semkina (iamthemonring). Elise herself on the keyboards takes full advantage to capture the orchestral string arrangements on her instrument while Alex himself brings forth the full-scale and heavy riffs that are in your face with a Symphonic Metal approach that will have jaws dropped.

My Demons Hunt starts with a 3/4 waltz-time signature done by Elise’s piano before it kicks into the soaring melodies that bring forth the Post-Barrett era of Pink Floyd in the essence of the Atom Heart Mother-era and bits of Kate Bush thrown in there. The sliding guitars that Alex and Erik’s mid-tempo drumming captures not just the Floyd sound, but honoring the legacy of the band’s music and the vocalizations give a chilling vibe.

The opening title-track will give you this twist between Tool’s Undertow and Porcupine Tree’s Fear of a Blank Planet-era. Tim’s bass lines comes into the walking tightrope as they channel the vibe of Steven Wilson’s lyrical approach as Romy imagines the master himself being in awe of what Golden Caves is doing. There’s a futuristic and experimental orchestral boundary before the energy kicks into overdrive and making the jump to lightspeed.

Alternative comes to mind. On Strangers and Exhilaration, they pay tribute to both Radiohead’s Hail to the Thief-era and Bjork for both a punching groove and electronic styles. Elise brings this ambient groove on the final track between classical piano and ambient noise to set up a windy location with chilling bells throwing into this ghost town that imaging a pin drop with nobody there as Hey You, sees the band delving into the styles of Tears for Fears as if they were writing their own take of a haunting version of Everybody Wants to Rule the World.


I was blown away from the moment I’ve listened to their EP that FREIA Music have unleashed this year. I can’t wait and looking forward to their debut album coming out next year. They have a bright future ahead of them and as I’ve mentioned about the Yellow Brick Road. For Golden Caves, let’s see where the Yellow Brick Road will take them into which area they will drive forth into.
Posted by znathanson at 11:17 PM