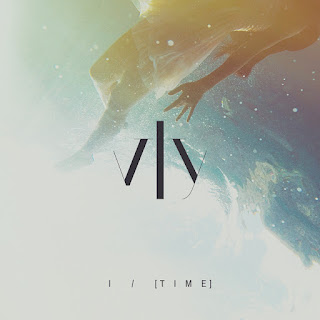 Vly started out as an idea by guitarist Karl Demata as he met up with vocalist Keith Gladyz (Typical Reptiles) from New York. Keith was working on some of the demos to create a melodic, dreamy, and indie rock touch to it, but with a haunting flavor to it. And the rest is like something magical has happened. It’s a mixture between Progressive Rock, Indie Pop, Post-Rock, and Classical Music rolled up into a giant blender.

This is their debut album released on the Laser’s Edge label entitled I / [Time]. And a five-piece it is. Alongside Karl Demata on Guitar and Keith Gladyz on Vocals, they also consider; Mattias Olsson (Anglagard, Necromonkey) on Drums and Keyboards, Elisa Montaldo (Il Tempio Delle Clessidre) on Keyboards and Synths, and Chris Hellmann (Crippled Black Phoenix) on Bass.

It’s a darker voyage into the territories of escaping reality. Which is evidential on the opening track, Circles that starts off with a haunting dramatic and ascended melodic arrangement. It’s almost if they had done an alternate score to Terry Gilliam’s sci-fi dystopian 1985 classic Brazil and having Pink Floyd and Steven Wilson collaborating together on the score as Demata’s guitar shines through in the techniques of David Gilmour.

The rising piece of Time deals with being tangled on being free from the dangers we are experiencing in a psychedelic-indie pop late ‘60s beatle-sque flavor to it as the thumping mid-energetic space rock adventures explorations to go Out of the Maze sees Vly punching through into unbelievable results between the sounds of Eloy’s Inside-era and Radiohead into a giant blender with a dosage of Organs at their best.

Time Remembered has a very haunting piano composition in a minor key before it segues into the waltz-pop classical melody of Silver Beaches. I love when some of the Progressive or Jazz bands put a waltz in one of their songs, because it gives them a chance to relax in a signature of ¾ to give them a chance to loosen up. This song has a gothic acoustic sound and Vly knows exactly where they would like to go into.

Hypnotic is basically about someone leaving the big mess behind as the gasoline burns into kingdom come. And the price you pay will come at you unexpected in the lyrics. As the Jazzy guitar sounds in a bluesy tone in an echoing cavernous sound. Not to mention the Mellotron thrown into the mix on the composition.

Perfect Place is a wonderful homage to Pink Floyd’s Dark Side of the Moon-era and it makes you feel that where they left off as if Vly had done a prequel to the album. The closing track Time Forgotten, sounds almost like a Danny Elfman score as you can imagine the dystopian effects with guitar and keyboards, backward tape, and seeing the people suffering in the rain, knowing there is no returning back home.


I really enjoyed listening to Vly’s debut album. It’s not just because it’s a great progressive rock album, but the way the contemporary styles in the music, it send shivers down my spine because of the structures and the tones help create very much like a soundtrack inside your head. If you love Steven Wilson, Radiohead, and Pink Floyd, then dive deep into the river of Vly.
Posted by znathanson at 11:51 PM