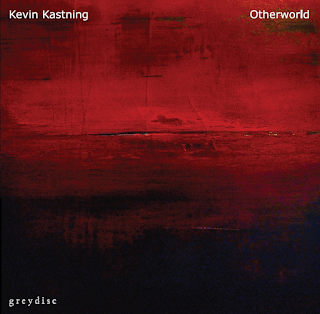 Kevin Kastning has been performing music since he was a kid. The touches of both Classical and Jazz are an excellent combination. It’s almost as if he knows where he wants to take his musical compositions into those areas. Kevin attended Berklee College of Music in Boston as he studied privately with guitar legend Pat Metheny and has composed 200 works.

He has released so far eighteen albums and working with people like; Carl Clements, Michael Manring, and Mark Wingfield to name a few. This year, he’s released his 19th album entitled, Otherworld on the Greydisc label. Mind you, I’m very new to Kevin’s music. And I have to say from the moment I put it on from beginning to end, I knew something special was about to come at me.

There are 16 tracks that he has written. And what I was also surprised by, was the strange instruments that he plays. A 36-string Double contraguitar, 30-string contra-alto guitar, and a 15-string extended classical guitar. He invented those instruments. Kevin is a mastermind when it comes to designing and innovation. The virtuosic ideas on the new album is fascinating with its touches of the Neo-Classical boundaries and atonal music with the avant-garde surrounding atmosphere.

He takes the listener into a darker yet cavernous sound that will give you at times shivers down the spine. Alongside the Neo-Classical and Jazz approach, some of the tracks have a darker-folk like boundary in the pieces. Kastning knows exactly where the exact moment where he takes the instruments into those harder areas and at times, it gives me goosebumps hearing them.

It’s this strange combination between the sounds of Edgard Varese, Steve Howe, John McLaughlin, early Zappa, Arnold Schoenberg, and bits of the late great David Bedford thrown into the mix. It’s almost as if it’s thrown right at you when Kevin Kastning goes into those territories. Almost like walking on a tightrope and you don’t know if the cable itself is going to snap any moment and you have to make sure you have to hang on and make it before it cuts off.


Otherworld is not an easy album to listen to. But after listening to it twice now, I have to admit that Kevin Kastning isn’t doing this to show off, but to show a lot of hope and staying true to his vision on where he wants to go. Is there a stop sign for him? No. Will he keep on going to make more music for Brainstorming ideas? Absolutely.
Posted by znathanson at 4:34 PM