Pixel - We Are All Small Pixels 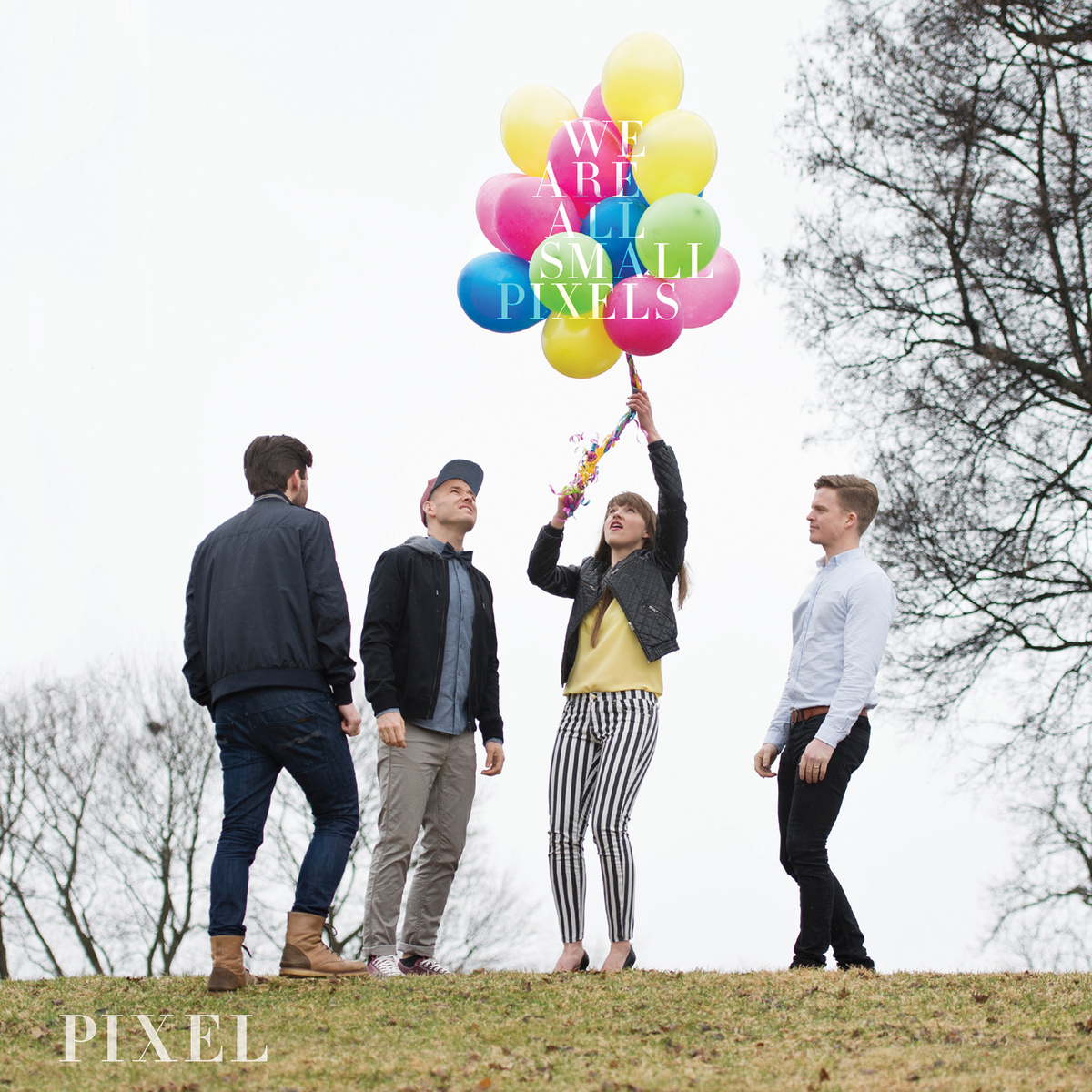 Pixel, for me, is one of the most amazing Jazz quartets to come out of Norway and it has a touch of the Indie-Jazz-Pop sound in their music thanks to the voice and string bassist, Ellen Andrea Wang, they carry a dosage of it. And while this is my introduction of the band’s music, their second album, We Are All Small Pixels, released last year, which is a follow up to their 2012 debut, Reminder, which is released on the Cuneiform label, it shows that the band can really go up the stairs and take the music into unbelievable results.

Alongside Ellen Andrea Wang, the band considers; Harald Lassen on Sax, Jonas Kilmork Vemoy on Trumpet, and Jon Audun Baar on Drums. Farris has a slowed-down beat with a Brazilian vibe as Ellen, Jon, and Jonas create this beautiful vibration between the three of them on this track. There are some elements between both John Coltrane and Miles Davis on the Sax and Trumpet as Harald and Jonas do this duet together in the last couple of seconds before they go off into the sunset.

However it’s the opener, Be Mine that is the real kick. It begins with a fretless introduction on the string bass that Ellen does before Harald and Jonas comes in and everything is magic as Ellen sings along with the instruments performing the melody with her. With a very gentle surrounding, it has a romantic touch on who the person he or she falls in love with to be with forever. It’s a great way to start the album off and knowing that the listener and admirers of Jazz are embarking into the world of Pixel.

On the catchy and exuberant Space, Ellen goes in the styles of Charles Mingus and Jimmy Garrison and then sings together with Harald’s Sax to capture the harmony and you can imagine the band having fun and working hard on the compositions to see what is about to happen next for the door to open into. The trip-hop dance percussion beat intro thanks to Jon Audun Baar’s dynamic beats for Edge, gives him some free rein to go into some funk grooves on the Bass as Lessen follows him with some improvisation.

Ellen just shines on her vocals and the melodies are spot on to play as one throughout the climax while Night Dreamer begins with sax and drums playing this ‘60s rocking beat for the first two minutes before bass and trumpet come in on a quiet movement before they get back into gear to an intense conclusion that hopefully will become a live favorite.  The short piece is an atmospheric sax virtuoso and Ellen’s vocalization on the avant-dreamy piece, Easter Song before it goes down into some elements of Soft Machine’s Third and at times sessions that could have been used during A Tribute to Jack Johnson as the Sax channels Bennie Maupin and the late great Elton Dean on Passport.

Harald’s alarming sax just wakes you up for the sun to rise and dance to the Trip-Hop percussion beat turned swinging rhythm and it’s a perfect combination as it goes into the sounds of the late ‘50s before going into the Soul double-tracking vocals along with tenor and alto sax playing as one in rhythm on Dreaming. But then he goes back into the Elton Dean sound and adding a dosage of the Coltrane as well with some intensity of a mid-fast tempo between Ellen and Jon with Sigma.

The dramatic Daylight has a lot of emotion as Ellie brings her energy out with her voice as the horn section follows on where she goes on dealing with tension between loved ones and needing each other. It has a starling, yet angry beat to it from the instruments and you could tell that someone who had a fight with someone they care and storming off and remembering the regret and trying to call them to apologize the night before over that for forgiveness.

Time closes the album off featuring percussion beat, bass viola and the horns to give it a haunting ballad. The song is telling the listener that while there are some good and bad times, it gives a chance of hope and remembering when you had all the good fun, you keep it inside your pocket and never forgetting it.


This is an absolute amazing experience I had listening to Pixel’s second album and I have listened to it so far about nine times now and the label, Cuneiform Records, show no sign of stopping of releasing some amazing music from Avant-Prog, Jazz, and RIO. This is one of the bands I'm really proud and blown away by. Pixel is a band worth checking out in the years to come and We Are All Small Pixels is that the Jazz sound can take it up a notch and I hope they do a North American tour one of these days.
Posted by znathanson at 12:54 AM