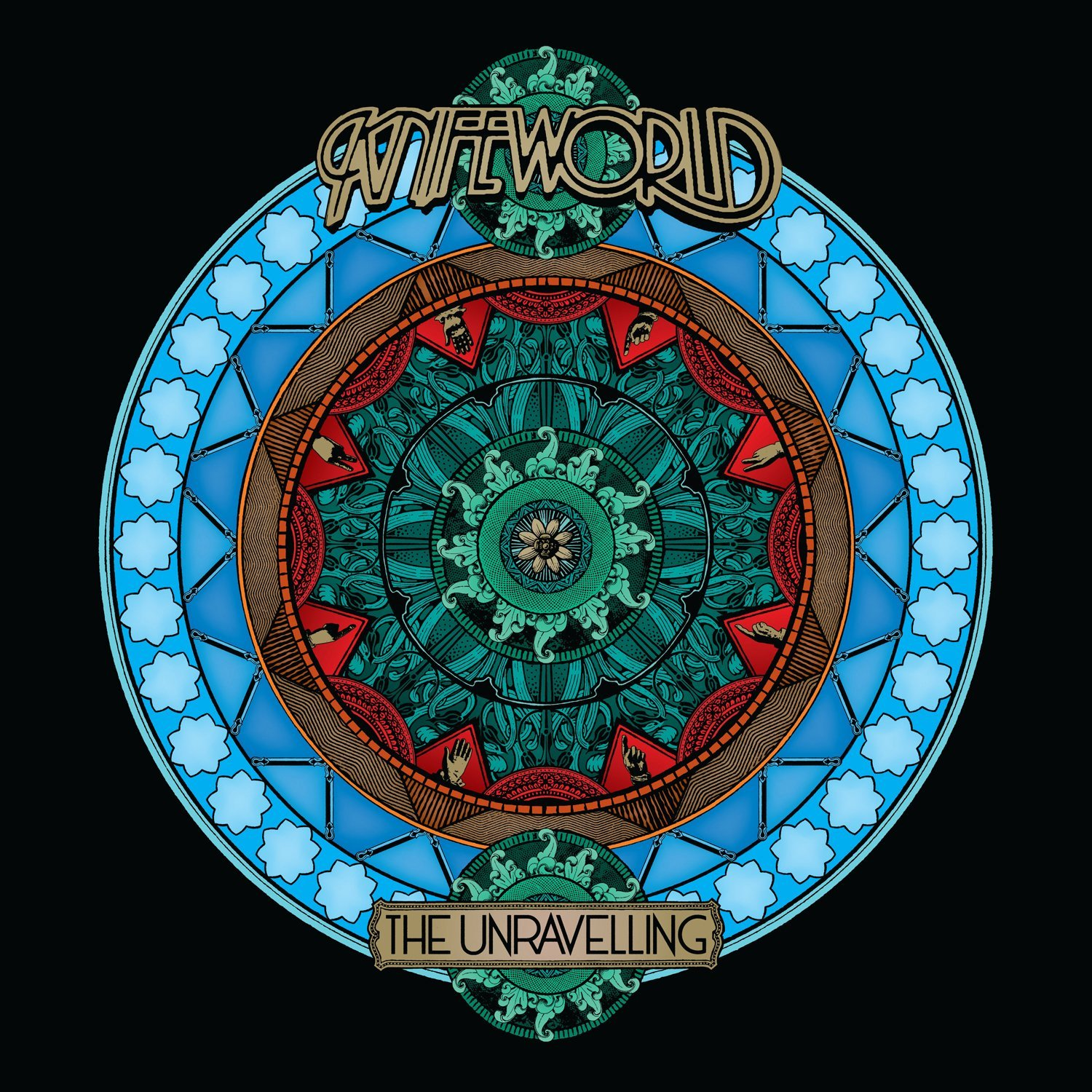 There is no stop sign for Kavus Torabi. From his hosting with Steve “Interesting” Davis on Monday Nights on The Interesting Alternative Radio Show on Phoenix FM, Guapo, and of course The Cardiacs to name a few, Knifeworld is one ideas and whenever something comes popping outside of his head, you know something amazing and weird is about to happen. This time, Knifeworld are back again this year and being signed to the label, Inside Out Music, it is almost winning the World Cup for them and their new album, The Unravelling, shows that they are now coming into full circle.

From the sounds of Psychedelic Pop, Avant-Pop, Alternative, and Prog-Rock rolled up into one, this is all of the ingredients that Kavus has put in the blender and created this wonderful and mysterious adventure. Torabi does this bizarre almost one man-like show as if he is in the style of Lon Chaney as Quasimodo in The Hunchback of Notre Dame in this nightmarish terror in the styles of a darker version of Gentle Giant’s In A Glass House-era that Emmett Elvin does on the Rhodes in the style of Kerry Minnear with a doomy guitar scream on The Skulls We Buried Have Regrown Their Eyes as he sings “When I awoke this morning it was raining/Just like the previous two thousand days/And everything around me had been ruined/And everything around me had decayed.” It has this H.P Lovecraft vibe in the sense as if it was the introduction that starts the dystopian zombie-like city.

The opener, I Can Teach You How To Lose a Fight, featuring Melanie Woods on vocals, in which it has a spooky vibe featuring the drums almost doing an electronic beat along with machine-gun effects on the electric sound along with the Violins setting the tones for the first 55 seconds. The sound almost has a steampunk atmosphere in the small introduction before getting into high gear with some operatic vocalizations done by Esther Dee as she is paying tribute to Pierrot Lunaire’s Jacqueline Darby and avant-psych touches to the core as if we are inside the mind of a crazy person ready to attack.

Not to mention Kavus, Melanie, and Chloe taking turns in the vocals as Torabi sings “Why’d you grow those teeth in your heart?” And then Melanie and Chloe singing “Has it unraveled for you?/Every fight you lose.” Perfect harmonization they do to capture the beauty and ominous terror for a story that is about to begin. The Orphanage has this post-punk driven guitar chords with a jumpy attitude from the sax section done in the style of the Cardiacs while the psychedelia comes in with a Syd Barrett twist thanks to Melanie’s Bassoon on sailing into another voyage by the Captain himself but being trapped in a cell with no turning back on Send Him Seaworthy.

Then we come to Don’t Land on Me. It has a swirling keyboard introduction and Chantal Brown’s soulful “Yeah!” comes in, fits right in perfectly. Packing a punch from heavy soul and jazzy blues guitar lines, coming in with Crimson-like sax riffs filling the void to capture and erupt like there’s no tomorrow. Then, it’s a knock-out space adventure with difficult changes from the instruments and yet boosting up into bliss with the last minute to see where the next planet would take them into.

Destroy The World We Love starts off with this heavy garage roar between Kavus’ chords with a fuzztone sound along with Charlie Cawood’s thumping bass not to mention the alto and tenor saxes creating this intense sound and both Torabi and Woods coming in on searching on how holding the secret in your hands. And then it goes into a moody realization with a psych lullaby twist while the screeching terror comes in with an avant-garde feel reminiscent of straight out of the Floyd’s Ummagumma-era and bits of Zappa’s compositions come in handy that have an insanity touch on The Empty Room Once Was Alive.

And then in comes the closer, I’m Hiding Behind my Eyes. It has a gentle and peaceful acoustic finale and it gives Knifeworld a chance to show their comfort zone on this track as the band head into the universe to find what the person and give him a chance to start a new beginning, but have no luck as he wants to erase the world behind his eyes and never come home ever again. Torabi as I’ve mentioned, has shown no sign of stopping.


And with The Unravelling, it is not just an album, but an adventure into different darker areas that the listener will embark on. This is for me, one of the most superlative albums I’ve listened to and this is my 10th time listening to it from start to finish and you won’t be disappointed. Knifeworld’s music is not easy to get into and it takes a couple of listens to get into. So if you are ready to go into the dark side, in the words of Bette Davis, “Fasten your seatbelts, it’s going to be a bumpy night.”
Posted by znathanson at 5:22 AM