Ilvcia - In The Nature of Reason 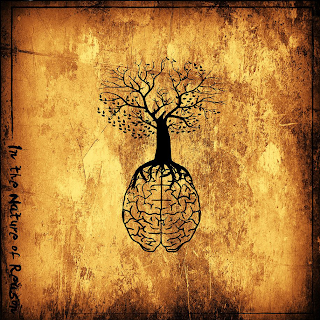 Coming from a Post-Progressive and Post-Rock sound, this quintet launched back three years ago in their hometown in Barcelona. Ilvcia have released their debut album this year called In the Nature of Reason. The band recorded the entire album themselves and it’s very much a story-telling album throughout their compositions along with a suite and from beginning to end, it seems they have something up their sleeves.

The band considers; Santiago Arderiu on Drums/Percussion, Ricard Rius on Bass/Backing Vocals, Victor Gil on Guitar, Gerard Marrugat on Guitar/Vocals, and Guillem Laborda on Keyboards. The moment I’ve put my headphones on, I knew I was about to experience something that Ilvcia were about to walk into the light. And throughout the arranging and compositions, I could tell they want to stay true to their roots of the two genres by making sure they carry the sound and the concept they bring to the table.

The title of the album comes through their origins and the inspirations. There are only six tracks on the album and it shows it is almost like going on a spiritual journey to find out who the real person is behind themselves. Opener, The Safe, featuring a soaring flying sound along with an atmospheric chord progression on the keyboards, the band go into a relax yet layered melodic lines between guitar and bass. It has a touch of early Floyd meets Yes with a vitalizing feel. There are some excellent riffs, calming vocals, balladry finale, classical guitar lines, and mellotron’s soaring with a psychedelic twist.

One of the most touching pieces that has a haunting and lament structured value on the debut is, Universe of Fields. It is deep, militant, moving, and passionate as Laborda creates these darker elements on his instrument while Gil goes into some heavier passages on his Guitar to give it that strength and poignant beauties. Then, we come to the 3-part suite, Baghdad, with a lot of various backgrounds that just takes it to a different level.

From the Middle-Eastern, Flamenco styles of Ottmar Liebert, and Classical backgrounds (The Gates) to the symphonic flourishing adventure that Guillem Laborda and Victor Gil do together that has some spacey technique in their rhythm and the vocalizations as well setting the uplifting thrust  (The Market) and into Laborda’s moment to shine as he goes through a touch of Major and Minor progressions on the Piano as if it’s going through a Leslie Speaker before the Synths come in to set through the starry skies as the band come in with a Post-Rock Psych finale. (The Suburbs)


The closer, Sir T. Waever, is back into the glorious days of the ‘70s Prog sounds of Genesis Lamb Lies Down on Broadway-era featuring some wonderful synthesizer exercise and excellent rhythm / lead guitar work out and Arderiu’s drumming to keep the tempo flowing and calm. And it shows that while In the Nature of Reason may be their debut album, it’ll show that while they have a long way to go, it is an enjoyable album that Ilvcia have released this year.
Posted by znathanson at 7:38 PM