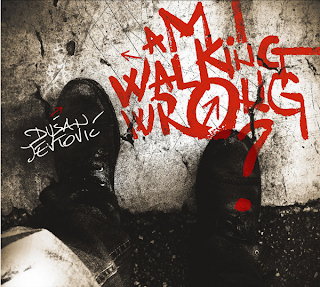 The doom of the waltz on Drumer’s Dance comes in handy for the first few minutes before Bernat comes up with this beautiful solo on the bass as Marko is laying down the surroundings while Dusan is going through various chord progressions. Am I Walking Wrong? Is soon going to become the Christmas / Hanukkah gift for any jazz or prog fan to sink into. I have listen to this three times already and when you put this on, you will embark on for an amazing journey with the power trio. So if you love Jazz and Prog with a dosage of Red-era Crimson and Elephant9, you have come to the right place.
Posted by znathanson at 11:32 PM