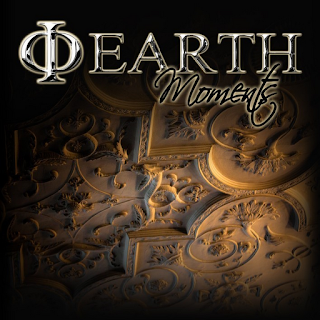 Since they launched into the prog scene back in 2009 and considered by Classic Rock Presents Prog as “Best New / Unsigned Band” in 2010, IO Earth have finally come in full swing since the launch of their sole self-titled debut album, it became clear that their next album would be something different beyond the musical structures of the IO Earth sound. Their second album, Moments, released this year, sees the band going into more of the symphonic, atmospheric and ambient sounds that they brought to the table from their previous one.

Mixing with '70s influential sounds of the progressive scene and the middle-eastern crossover of ambient classical music, Moments has some of the boundaries as what the bands were doing during that time period. Most of the pieces go through a passageway to open the door and seeing what the light will lead us to as the band will take us to another dimension that we have never seen for the rest of our lives.

The power between Dave Cureton and Adam Gough, who’ve been around since their school days, shows that they’re not ripping off the bands, but showing how they would take it up a notch and taking the levels of speed and motion throughout their instruments between the guitar and the keyboard. The sounds of the instruments don’t go into a thrashing mode, but a lush-like beauty that is filled with emotional touches and epic boundaries that they would do to have listeners jaws dropping, thinking, “How in the hell did they do that?”

Pieces like the two-part suite of Live Your Life goes through various modes of ballads, electronic mourning, and a reminiscent of the guitar riff of Pink Floyd’s Run Like Hell that becomes a shining achievement in the ‘80s rocking sound as it goes into a melancholic finale that would send a chill down your spine through a spoken-word about the loss of a loved one and find true love. However, on the haunting and moving Drifting, starts with a Middle-Eastern vocalization before pushing through a strict rhythm section and then the sax solo which would remind listeners of the King Crimson’s Lizard-era to set the eerie post-apocalyptic background setting this dark and haunting scenery before the male and female vocals kick in the ending for a piano swansong.

Then, everything goes through a metallic run through a classical guitar melody into a symphonic explosion on Cinta Indah while the bossa-nova drum beat kicks into a smooth jazz tempo on Come Find Love that a psychedelic swing to it that includes part of the middle-eastern hip-hop sound that almost seems out of place for IO Earth to do. It took me a while to accept it and even though I’m not crazy about it, it’s not good, but it’s okay.

And now, we come to the 11-minute epic finale, Turn Away. It blends with a sinister piano work and dark vocals as it becomes an electronic fantasy exploration with synth computers, classical string quartet done on the keyboard, and then turning into bright starlight, clearing the clouds away with a thunderstorm. Even though the band has a long way to go, this album is hard to tell, but the sound and vision is all there.
Posted by znathanson at 7:00 PM