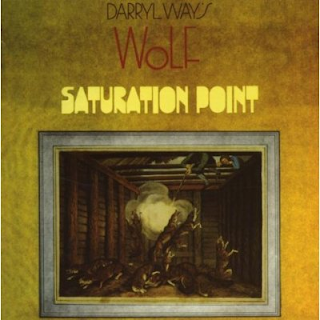 One of the most eclectic jazz-prog fusion bands that had an amount of voltage of one virtuoso violinist, Darryl Way and his band Wolf are one of the most independent prog bands that released only three albums in the ‘70s. After he left Curved Air to pursue a solo career, he formed the band Wolf which featured: guitarist John Etheridge, Caravan bassist Dek Messecar, and Marillion drummer Ian Mosley. These three albums reissued on the Esoteric label of their three albums: Saturation Point, Canis Lupis, and Night Music which are one of the best works for Wolf to allow the symphonic influence to come forward around of shrieking violin work and fast time signatures which is the evidential look on Saturation Point. The fiery introduction with the glowing blaze of The Ache is a wonderful opening which features Dek’s storming bass lines while guitarist Etheridge is doing some eruptive guitar work as Darryl lets him take over as he takes the violin by playing almost like Vivaldi (reference to Curved Air, mind you) at the very end as the band do a climatic crescendo.

Two Sisters is an extreme muscular drive while Slow Rag carries the jazz-fusion romantic haunting instrumental ballad in the realms of Tomaso Albinoni. Etheridge is doing a classical guitar solo as Way’s violin sounds like it’s crying while Mosley’s drum playing just let’s it rip to lead Darryl to follow the lead with the other members on this. It still sounds fresh and yet an underground classic – fierce and explosive including the medieval improvisation on Market Overture, very John McLaughlin-esque sound thanks to Etheridge as he just takes the rhythm to a standstill and some electrifying violin and drum work that tastes good as for Game of X, which sounds like Fusion Heavy Metal. You have the crazy scatting with some shattering violin works, and then all of a sudden, it has at the end, a growling effect on the guitar for its disturbing finale. The title track, has its jazz works that is very Canterbury sound with Way’s Rhodes keyboard sound, Mosley’s homage to Billy Cobham, Etheridge just playing going a lot of scales going up and down the frets while Dek is creating some fusion grooves on the bass to make you get up and dance. 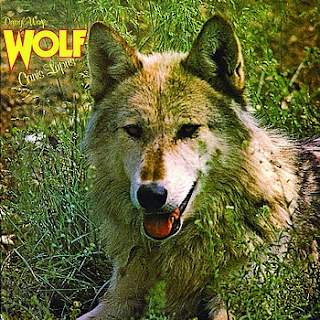 The finale 7-minute composition, Toy Symphony, is probably one of the highlights on the album. You have Darryl doing a dramatic pastoral violin introduction while Dek is using a fuzz tone sound on the bass through his days in the Canterbury scene of the late ‘60s as he and the other members go at each other to create a different mood change. To me, it’s a rumbling epic with all the ingredients adding to the mix, hell, you’ve got yourself one hell of a track that you might want to play at your memorial service. Three bonus tracks give a closer look of the band’s roots of their upbringing. The blues shuffle of A Bunch of Fives, The Western Fiddle Rocker Five in the Morning, and a single version of Two Sisters that adds a lot to the historical roars of Wolf. Canis Lupis, their second album to the follow up of Saturation Point, comes in to the picture with the twisted opener, The Void, just a crazy yet emotional breathtaking track that should have been a hit single, even though Isolation Waltz has a raunchy and tough track and the swirling moog spacey sound on Wolf wears a lot of the space-like fairy tales in the realms of The Little Prince, it goes batshit crazy with the screeching allegro realm of New Trolls concerto grosso on Cadenza. 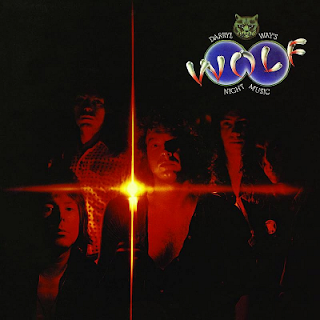 The true evidence of Darryl Way’s Wolf’s fire about to go into a blaze of glory, is probably, their final and magnificent third album, Night Point – a creative thunderstorm of Prog Fusion that needs a lot of attention. Move over, Mahavishnu Orchestra, Wolf is here to stay by giving all the energy and the power they get to close the curtain off. And adding special guest of IF’s vocalist John Hodkinson, you got yourself a full prog weekend. Dek takes center stage on his funky bass intro on The Envoy, a 6-minute driving-on-the-highway song that is very ferocious. There’s Darryl, Ian, and Etheridge just chug like a speeding train as Hodkinson creates a glorified view of the hero seeing where the city is laying and looking at the views of War and fighting in the battlefield. You don’t expect to hear it on a Wolf album, but this is a real kick-ass number. Black September has a moody and angelic laying down on the sun song at first and then it turns into a crackling psychedelic finale for the last 2-minutes.

Even though Flat 2 55 is a 6-minute dooming and eerie instrumental track featuring a roaring introduction that sounds like the swirling land of hell, it is quite astonishing as they are back into the Canterbury Jazz Fusion sound. John’s guitar playing is very Hendrix-like while Dek is doing his Hatfield and the North bass lines as for Ian is going up on the tempo steadily on the drums while Darryl is going off on the violin like a mad scientist. Yet another moody and story-complex drama and being a hunted prey on songs like Anteros and We’re Watching You goes through a synthesized treatment that Keith Emerson could have done as Darryl does it very perfectly and would have Keith shaking hands with Way. In more of the realm of the Jazz Fusion technique, Steal The World would be something out of Gentle Giant’s Octopus sessions, but would be a 17th century exercise with the symphonic rock sound added to the mix and that includes another homage of the Medieval Rock sound on the closing track, Comrade of the Nine.

These three albums are very innovative and deeply enjoyable. For Curved Air fans who admire Darryl Way’s extractive violin work, they will be completely blown away to have a treasure of underrated progressive rock bands to marvel and have their hearts sink into. There’s more of the symphonic jazz fusion hopefully coming in the next few years into the future. But for him to reunite with Curved Air is the real turning point for Darryl to be a happy and be back on his game with the band like putting on shoes that you haven’t wore for a long time ago.
Posted by znathanson at 11:00 PM