Writing on the Wall - The Power of the Picts 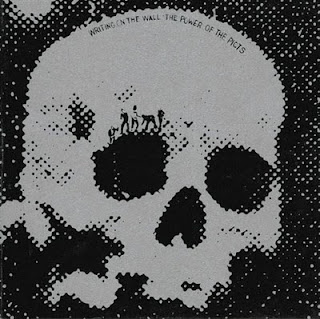 No fucking around here at Middle Earth. Prog champion, Chris Welch describes in his liner notes about this unsung band as “the middle of the last century of the sound of Progressive Rock – the way it used to be.” Well there’s no argument there by the time you hear this album.
Released in 1969, The Power of the Picts was Writing on the Wall’s only debut album and their greatest cult classic of unearthed prog rock albums that never saw the light at the end of the tunnel. Formed out of the ashes of The Jury from Scotland, the band were moving away from their R&B/Soul sound into more progressive and psychedelic sound. Word of mouth spread like wildfire in the underground scene as they were signed to the Middle Earth label which was a club at Convent Garden and this was their only album that is groundbreaking.
The Power of the Picts sounds like a twisted heavy metal band that was too scary for the Beatles to sink their hands on. With the sound of pre-Doom Prog Rock and the Rod Evans-era of Deep Purple, it suggested that Scotland wouldn’t be a bad place to form a band that were out of their world in such strange company. Yet while the album is like an electric flower that shocks with high jolts, there are five jaw-dropping centerpieces that must be heard in headphone style.
You have the pirate accordion polka opening turned into a sneering rhythm guitar section along with a keyboard that adds the tension to a dramatic background on the introduction on Bogeyman. The flourishing organ along with the pounding drums makes it very much an homage to Vincent Crane and Carl Palmer on Taskers Successor while the bonus track Lucifer Corpus, is very graveyard rock as it goes through a shattering psych/prog journey with twisted song lyrics and Black Sabbath militant licks. Shadow of Man pays homage to Gustav Holst’s Mars The Bringer of War and then it goes into uncharted territory as we hear the band doing their post-apocalyptic spoken word and showing their true colors of how hell isn’t what it used to be.
And then we get to the 8-minute epic, Aries.
This composition lets the band go all the way into a freak out mode. Again with the spoken word narration, mind-boggling organ and guitar licks parts of it making it sound as if Jim Morrison had joined Black Sabbath and Arthur Brown’s Kingdom Come with an Avant-Garde experimentation. Also it has a swing blues rock instrumentation that goes beyond the limit of genre of Jazz if Tony Iommi had joined up with Miles Davis to create an unbelievable guitar solo that is almost a score that could have been used for an episode of The Outer Limits.
Writing on The Wall are a reminscient of a hard rock version of Family, The Crazy World of Arthur Brown, and Deep Purple thanks to the vocals of Linnie Paterson and Willy Finlayson by creating a sonic edge to proceed. While Jimmy Hush is bring a force-like boundaries on the drums, Bill Scott defintely pays homage to Jon Lord of Deep Purple on the keyboards as Jake Scott creates some interesting Bass lines. The Power of the Picts could have been a sequel to Arthur Brown’s debut album had teamed up with Music in a Doll’s House by Family at the core. Well, you get the general idea with some metallic background.
Posted by znathanson at 11:50 PM