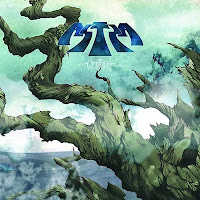 Among their influences from the Europrog sounds of Aprhodite’s Child, Pink Floyd, Magma, King Crimson, and Yes, basically they have an amount to please their fans that goes to show you that is happening in the San Diego area of the 21st century. It is now called the Second Wave of Psychedelic Prog or SWOPP which Classic Rock Magazine is now calling it and for me, they are right on the money with it! The band, Astra have a unique and crystal touch of crossing between the experimental sounds and the floyd’s torch is handed over to these 5 awesome men who can bring the music to a growing audience in the San Diego area. Formed in 2001, they started out as an underground Psychedelic band named, Silver Sunshine when they were heavily influenced by the Psychedelic scene in the London Underground as they moved forward into their musical taste of the Progressive Rock genre.
Bringing the genre back from the dead and reviving it with an instrumental array of the Moog Synthesizer, Guitars, Bass, Drums, and of the glorified Mellotron, their music is a captivated experience like no other and like nothing you’ve ever listened to before. “We don’t like to always be super heavy” Richard Vaughan leading member of Astra, says during an interview with Classic Rock Magazine “We also, like to do melodic thoughtful stuff.” Well they combine the two as Apples and Oranges cooked medium rare.
With 17 and 10-minute suites and bizarre strange titles which were heavily influenced from Sci-Fi novels, The Weirding is very much an Outer Space album. But in a roundabout way, there are no dull numbers to provide some of the revival’s arrangements. The Rising of the Black Sun, a 5-minute opening number is a magical ride in its glory, but with the shattering sounds of the ride cymbal and its spacey guitar solos that will get the band making history one day, its atmospheric ambient instrumental introduction and its pulse driving hard rock sound is very eerie and disturbing at the same time, but it’s a shattering introduction.
Unlike strange titles for a Prog epic that will have your spine tingling, the 15-minute title track is just abiding. A haunted melodic beauty that was beyond the King Crimson Lizard-era of the 1970s, the number goes into a mode of development mode that no one has ever done before. It becomes farfetched into a territorial experimentation of a Grateful Dead mellotron jam session before coming back into the story-complex mode of Cosmic Rock. Equivalently, with its Moog Synthesizers going off the wall, Silent Sleep and The River Under have a participation as a triple with their heroes, Pink Floyd, Premiata Forneria Marconi and Le Orme than Yes and ELP, while the 17-minute Ouroboros has a taste of portrait of a 15th century Italian painting that maybe could have been a film score done by Scandinavian progsters Trace and Robert Fripp’s mind-blowing guitar virtuosos. Also, there’s an interesting influence of Prog Space Folk on Broken Glass as The Dawning of Orphiucus has a lurching quality of Tangerine Dream meets Camel in the late ‘70s. The closing number, Beyond to Slight the Maze which sounds like a story from The Outer Limits, is back into the core of Keyboard Wizardry like no other in its Science Fiction glory and it showcases how Astra can be the next prog rock band of the 21st century in about 5-minutes. And they’ll hit the underground scene like a bat out of hell.
Posted by znathanson at 11:52 PM