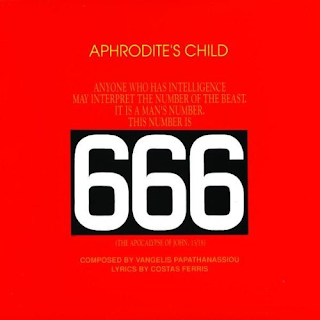 Sadly, Aphrodite's Child's 666 was their final album in 1972. They called it quits as Vangelis enjoyed a mainstream success with film scores such as Chariots of Fire, the Sci-Fi cult classic Blade Runner, and the dreaded Oliver Stone pretentious tale of Alexander while Demis Roussos went a little more pop sound with We Shall Dance and From Soveniurs to Soveniurs by cross-dressing and singing like a greek version of Pavarotti. Concept album based on the apocalypse of hell? Pure fucking insanity right here!
Posted by znathanson at 10:44 PM