Marco De Angelis - The River: Both Sides of the Story 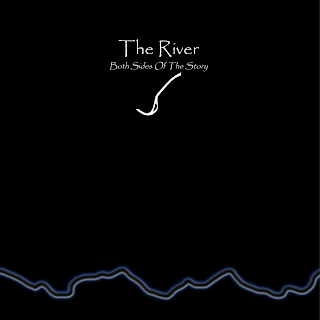 Many inspirations can come into different areas at a different time that pours through the various aspects of life and dualism between good, evil, male, female, and the ways we travel and look at ourselves to find out what is it like living in the two different areas of the Waters themselves. And for Marco De Angelis, he made it exactly like that to tell a story about the issues in, The River: Both Sides of the Story. It’s more of this darker and spiritual album that could have been released in the 1980s.

Incomes the radio static for an introduction before it kicks into thunderous percussion work, organ, and Gilmour-sque guitar lines while the harmonizing vocals come into the composition, Tell Me Why as it goes into a soothing calming relaxing nature of the piece to raise your hand up into the heavens for a chance to find out who you really are. The electronic vibes shown on Black Stare, has an emotional and sadness of a ballad on a person’s life through the mistakes and the errors of their ways, shows how they can correct it and learn to walk forward and forget about the past.

There are the spirits of the late ‘80s/’90s vibe of Pink Floyd, David Bowie, and of course Marillion, not to mention Genesis as well that fits the atmosphere of the storyline and you could tell that Marco had done a lot of research by listening to them by getting the vibe and understand how they wrote music and how they would do it. The bluesy edgy crunchy riff sounds of Never Look Back, has a lot of soul and a lot of energy while Regrets he channels Roger Waters’ lyrical context as if it was left off during the sessions for The Pros and Cons of Hitch-Hiking, and you could imagine Marco almost writing a prequel for Waters solo album that has heart and strong will power.

The haunting melodic turned floating boundary on What Do You Feel Now?  Goes into the homage of Obscured by Clouds movement as it has some ‘70s vibes that is unexpected as the rhythm is very laid-back and uplifting at times as the guitar slides through various frets, bass line is calm, along with the drum patterns. Closer, Fly High, is a node to Genesis and Elton John. What’s really exciting is that he is doing a node to Afterglow and Rocket Man, and its more of a tribute and showing how much Marco admires this music so much as it goes back through his childhood from the moment he picked up an instrument.

I have listened to The River three times already and Marco is truly a virtuoso musician along with Marcello Catalano's beautiful vocals, and Cristiano Micalizzi's drumming is staggering as well. And when he puts his toes in the water to see where he would take the music into, is quite interesting and he would take the band members with him to see where the yellow brick road will take them into. But all in all, this is an awe-inspiring and transcendent concept album that will take listeners to a journey they never dreamed of.
Posted by znathanson at 10:24 PM