ELP...Can we cut them a break for their Pomp and Circumstance? 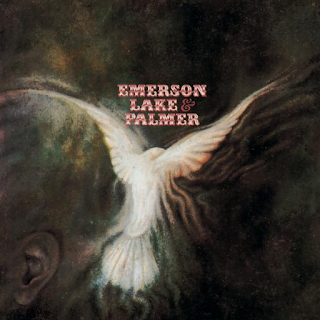 After reading the reviews of the reissues of the ELP albums that Classic Rock Presents Prog and feelings about them in the mind of Sid Smith’s blog about them, they were the band that rock critics LOVE to hate back in the 1970s and there was the famous old joke; “How do you spell pretentious? ELP” Emerson, Lake and Palmer had been ridiculed by DJ John Peel who considered them “A waste of electricity” after an explosive performance debut at the Isle of Wight and they were completely ahead of their time. Now for me, I have a love of ELP’s music in 1998 after hearing Lucky Man, From the Beginning, and Karn Evil 9: First Impression (Part 2) on the radio and buying Brain Salad Surgery, which was the first ELP album I bought with my Hanukkah money while I was in the 7th grade, but let me get through the shit here with this.

Being considered as one of Prog’s first supergroup’s in the beginning of the golden era of the 1970s, ELP were filled with Pomp and Circumstances and dare I say bombastic pretentious music they were getting away with it. And while Bob Geldof, The Clash, and the Sex Pistols ridiculed them as “Dinosaurs” along with Pink Floyd, Uriah Heep, and Led Zeppelin, it seemed that ELP were the easy target when it comes to getting the Prog machine a chugging or needing a shitload full of gasoline.

As reading articles about the band in MOJO’s 2005 issue when they did a tribute to the Prog Rock era and the reissues of the albums from Classic Rock Presents Prog shows that they have influenced a younger generation of up and coming bands like Transatlantic, The Decemberists, and of course blues guitarist, Joe Bonamassa who mentioned his favorite ELP album, Trilogy before heading to perform High Voltage 2010 in which the band reunited for a one-off show for their 40th anniversary. Now let’s cut through the limburger cheese, now for me, I prefer the early ELP albums.

From the sole self-titled debut album to the double live album, Welcome Back my Friends to the Show that Never Ends…Ladies and Gentlemen, ELP, that is the only era I am really fond of. I listen to Works as part of the guilty pleasures as in “What in God’s name were they thinking?!” First of all, taking an orchestra on the road with them at stadiums and selling out arenas and almost losing tons of money, equals bad idea. But ELP have always been on my iPod and while the rock critics are now getting a slap in the face, are now thinking “What the hell were we thinking? They were good!”

Now alongside Brain Salad Surgery, the album that I admired when I was a freshman in High School in the 9th grade back in 2000, had to be the explosive live performance they did at Newcastle City Hall in 1971 in where they unleashed their take of Mussorgsky’s Pictures at an Exhibition and listening to it over and over again, makes you wonder they really pulled it off with a mighty roar and letting the Tarkus beast out to lay waste over the punks and give them the middle finger.

Listening to it again, you can tell that the audience and that night was a wild performance and gave them a huge reception as Keith would go on the synth would go “SHRIEK! BANG! POOF! SMASH!” on The Old Castle, The Gnome, The Hut of Baba Yaga, and The Great Gates of Kiev and though I enjoyed that and Tarkus, I began to wonder what kind of door would hopefully be open for ELP to take the next step and make sure not to make that same mistake they made back in 1977-78 for the Works tour.
Posted by znathanson at 9:27 PM

I have always been a fan of the pretentious. If you've got it flaunt it baby!

If you want pretentious try figuring out some of Gentle Giant's time signatures.