17 Pygmies - Even Celestina Gets the Blues 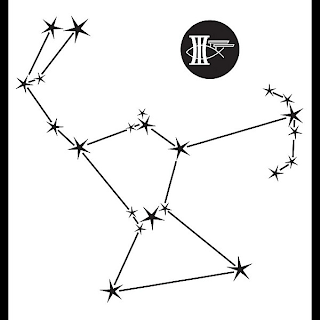 With the structures of Krautrock and Space Rock combining as one, it could be a rough ride, but telling the story of a tragic comedy with science-fiction music, there is some light at the end of the tunnel. After their follow up to Second Son, 17 Pygmies new album, Even Celestina Gets the Blues, is the final and third installment of the story of Celestina as they pull off a huge finale to close the album off on a beautiful note. Like the soundtrack set to a sci-fi TV series like Star Trek, Firefly, or Battlestar Galactica, Even Celestina Gets the Blues is a moody, haunting, and structured album that is out of this world and beyond what you are about to experience.

With the sounds of Pink Floyd, Radiohead, and Tangerine Dream in their music, you could imagine 17 Pygmies really admired the three bands and created this influential album that sound very dark, evil, soaring, uplifting, and mind-boggling at the same time to make this strange yet atmospheric music that could have been recorded at a dark gothic church. There are no title-tracks, but each of the chapters going through 23 and 33, makes three the magical number and the sounds that they were using here is an experimental and neo-classical taste but with an epic kick to it.

Interestingly, they used a lot of voice effects, keyboards, little bits of guitar, and electronic drums setting the scenery as if it was the 25th century to make it a huge telegraph of what the future will come to them and seeing what it will be like. They extended the experimentations a lot throughout the entire album and maybe when they do another concept album, they’ll make it more futuristic and take the sci-fi genre a step further for one small step, one giant leap for mankind.

Some people will have a hard time listening to Even Celestina Gets the Blues, which is okay, because its not an easy album to listen to from beginning to end as for fans of Prog lovers will try to decide whether or not they would accept it or not. However, it is an okay album as their sound is very spacey and seemingly real. It’s a trip worth going on and taking all the time to get through the music if you really worth going for.

Even Celestina Gets the Blues is one of the albums that deserve some attention to embark on the Starship enterprise to boldly go where no prog fan has gone before and needs a lot warm handshakes it deserves. And the album may be the epic film soundtrack to look beyond the infinite and seeing where the notes will take us on an adventure that we will never forget.
Posted by znathanson at 1:00 PM