Dionisyan - The Mystery of Death 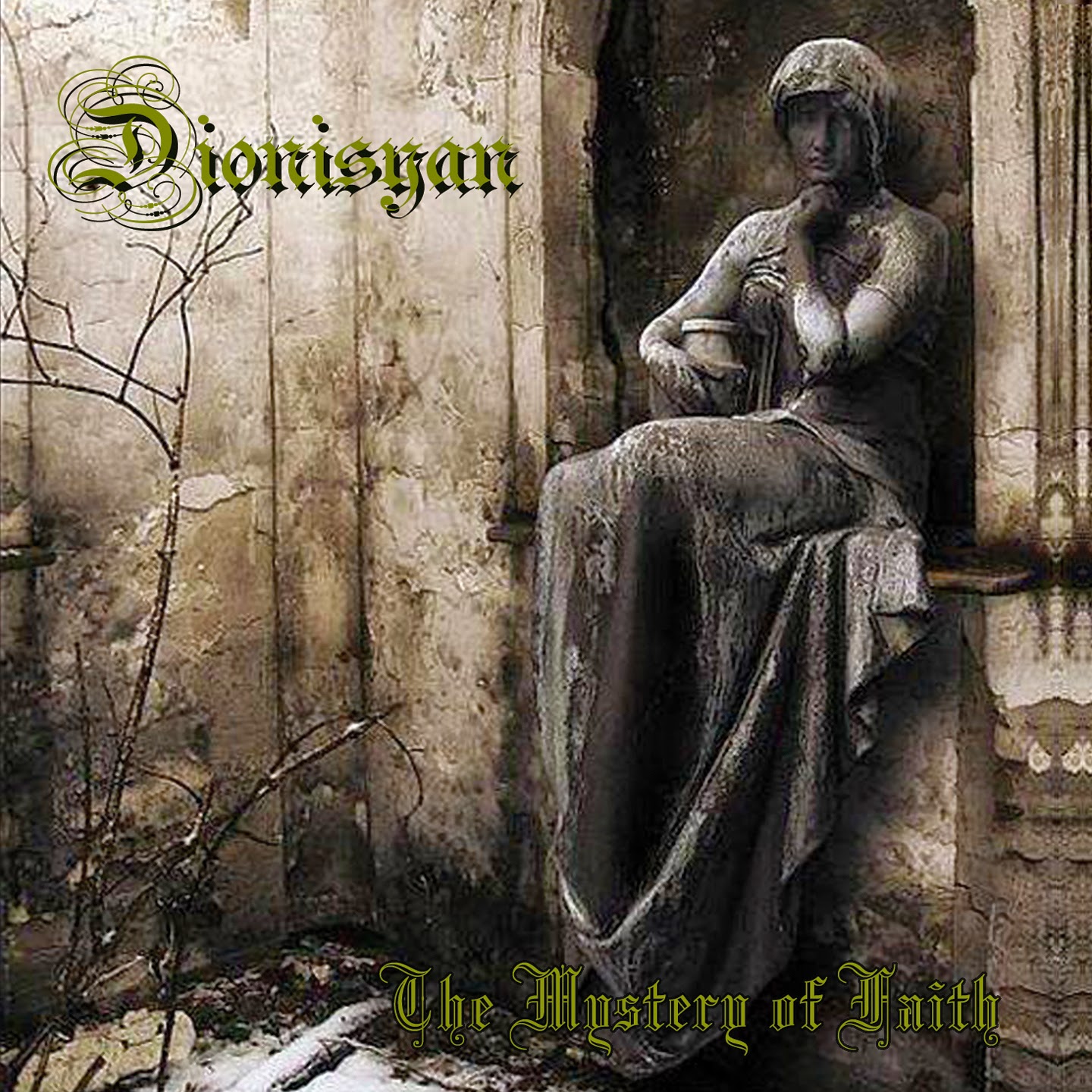 This just completely took me by surprise of a Musical project done by Tregor Russo (Leper Divine and Gates of Eden) who arranged, composed, and wrote this concept set on the story of dealing conflict with one another between the Angels and Demons in both Heaven and Hell. It’s called Dionisyan and their album is called, The Mystery of Death.

The music is this combination of the genres of Doom/Death Metal combined with the Gregorian chants/vocals combined with the classical sounds of Baroque and Symphonic Music followed by clean and snarling vocals between both Tregor Russo, Maryanne Bonfante, and Ignazio Conticello doing the growling sounds on his voice that just send a shiver down my spine. Tregor performed all of the instruments on here.

Including Drums, Keyboards, Classical Guitar, Lute, 7-strings Guitars, and 5-string Bass, its almost as if he has everything in the right place at the right time to tell this story and Tregor wrote almost like an Death-Classical-Metal-Opera that would have given the theaters a run for the money. He recorded the classical pieces at Palmero, Italy at Roxy Studio with Cellos, Harp and Harpsichord’s that give it the dark atmosphere.

This is my introduction into the sound and world of Trego Russo, and The Mystery of Death is an album that just came out of nowhere like something has unleashed the combinations like breaking the door down out of nowhere. Throughout the eight compositions on here, Ignazio takes control on here as Tregor goes through each of the instruments that make it feel like a phantasm force coming at you with some unexpected twists.

With rapid, calming, and mid tempo drumbeats, from metal to classical guitar and to renaissance sounds, Gregorian touches, resembling of Candlemass meets early Opeth and having Lee Dorrian (Napalm Death/Cathedral) on vocals and Paul Chain helping out, Beauty and the Beast touches of female operatic voices and the growling male vocals in different areas, powerful riffs, it is a perfect bag of excellent ingredients on what to expect.

This is my second time listening to The Mystery of Death and I have to say I really enjoyed the album so far. Now is it one of the greatest albums? No, but what Trego has done, is to bring both of the elements and the tensions between both the Demons and the Angels, into a full structure with an eruptive yet sinister touch.


So if you love the stories on the conflict between good and evil and an eruptive sound combining Classical, Metal, and the Madrigal sounds of Gregorian music, then Dionisyan’s The Mystery of Death is an album worth exploring on the concept.
Posted by znathanson at 8:23 AM