The Wonders of Shin Chan 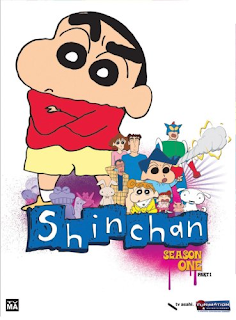 I’m a huge fan of the anime series, Shin Chan since 2006 when Adult Swim originally aired it on Tuesdays. It took me a while to enjoy the series, but after watching the first episode, I fell in love with it with not just the round headed character, but the way the show pushed the envelope like what South Park did back in 1997. The English dub is so spot on with Shin’s voice and bringing the late Yoshito Usui’s 5-year old character into an adult role.

I’m not a wild anime fan, but I have a love of shows like; Sailor Moon, Madlax, Excel Saga, Full Metal Panic! The Second Raid, Martian Successor Nadesico, Ouran High School Host Club, and Death Note, and they really take the shows into a different level and give the so-called pissy shows like Yo Gabba Gabba and Phineas and Ferb the middle finger. What Shin Chan does is take the work into a different level and see where the road would take the funny episode into a huge level.

Based on the manga which the launched the character back in 1990, Shinnosuke Nohara is sort of the Japanese version of Eric Cartman who has a rude personality who makes fun of his parents including his mom Mitzi (Misae) with her weight and breast and his Father, Hiro (even though he supports his views in an academic way), school teachers, friends, and the ways he would take it to a different direction. And his little sister Hima (Himawari), who is following in his brother’s footsteps who shows her how he takes his views, Usui was always one step ahead of the ball park.

It has been 21 years since Shin came to life, and he is still growing like a bullet going through wine glass with his crude funny comments and Mr. Elephant. Don’t ask me, just buy the series and know how Shin is one of the true genius of comedy and anime.
Posted by znathanson at 7:12 PM