Leibowitz - The Cry of a Bird 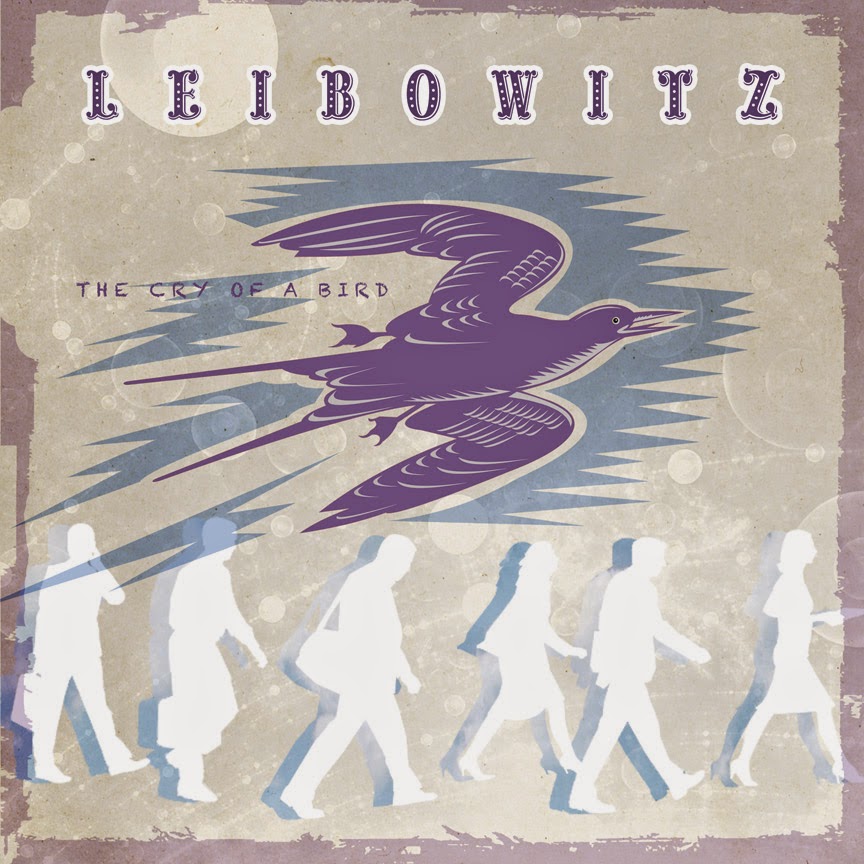 Joshua Leibowitz has come a long way since releasing his first two albums (Guitar for Money and The Beginning of the Endless Search for Oblivion) and he has really shown himself how much he’s accomplished on playing the instruments as a virtuoso and not to mention help from some friends as well to show that they got his back on some of the parts they have done to have support. He is back again with his third album, The Cry of a Bird which was released last year shows more of a baroque and progressive pop influence on here.

Opening track, New Street begins with a Psychedelic Garage-Rock sounds resembling Blues Magoos and Blues Project and carrying the essence of the genre that makes it an excellent introduction to start the album off for a late ‘60s adventure. There’s some mellowing and yet relaxing beats throughout some of Leibowitz’s compositions and it is shown clearly how many inspirations he has brought on here with some of the pieces.

Like the Florida Sun is a very relaxing lukewarm acoustic piece with some elements of the harmonies of the Beach Boys sound of the Pet Sounds and Smile-era while Perfect has a mid-tempo groove with a sliding guitar sound that makes you want to walk towards the beach and see the sun go down. But on Soulsucker, it has an alternative rock vibe while Tumbleweed is a mid-tempo yet stomping beat of the rhythm before it increases for a quick second as he takes his acoustic on a rhythm structure chords and an ascending solo on the electric guitar in a dreamlike-adventure as he does some improvisations for the last few minutes.

Then he heads into the sea to find hope through the storms and finding discoveries with a symphonic yet warmth harmonious adventure that is a reminiscent of a group called Fruupp and almost as if it was recorded during the sessions for The Prince of Heaven’s Eyes that Leibowitz sings on what the character will discover that is Somewhere in the Sea. Now we come to the two-part title track.

The first part (Dark Houses) begins with a Pink Floyd-sque style introduction as Josh pays homage to David Gilmour on his guitar and then into the Alex Lifeson power chords to fill it in as it starts off like an overture ready to begin. Not to mention the organ and swirling guitar setting the scenery as if the story takes place in an infinite universe of the place it was once beautiful, now it is dust with an ominous background.

Then, in the midsection Leibowitz is almost doing a score to a video game which is very fun of using the synths on here along with the drum solo before getting back into space. The last 3-minutes, becomes a soaring leap into the sky between the guitars and keyboards as they are going into a huge amount of power to close the first act off.

The second act (The Flight of a Man), it is similar to the Moody Blues, Sgt. Pepper-era, and Flying Colors, it gives the character a chance to find peace and moving ahead into the future to see where he would go into as the music goes into a lyrical and yet orchestral walk into the light as Matt Stevens lends in a helping hand on his guitar for the final section in a mounting beauty to show where our character is leading to next in his life.

I have listened to The Cry of a Bird about four times now and its shows Josh is back in action of carrying the essence of the Pop, Psych, Alternative, and Prog influences thrown in.  It proves that he could take the spiritual journey of the suite and pieces to show that Leibowitz has come a long way and the third album is an adventure through melodies, accessible, and superficial thoughts on what is to come. And that’s why The Cry of a Bird is an album to make you understand and enjoy the trip.
Posted by znathanson at 10:47 AM