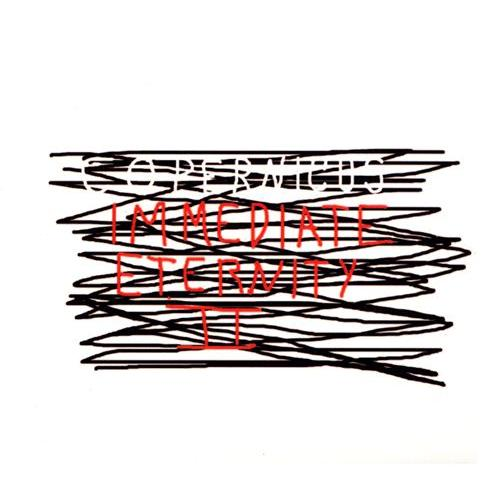 Listening to Copernicus’ Immediate Eternity II, I can imagine that Joseph Smalkowski carries the inspirations of Allen Ginsberg and Robert Calvert in his sleeves from his spoken-word views on the upcoming future and the political boundaries what is to come in the Avant-Garde, Jazz, Classical, Art, and Experimental sounds, that is in on this album. And it really shows how he takes the listener into the galaxy with his voice that is at times mellow, screaming, and agony on how he takes to a whole new level and it’s almost like watching a one-man show featuring some mind-blowing music to go along with it.

With this, he mentions in the liner notes on the introduction to the album, that it deals with the subatomic discoveries of the 20th century and beginning right into the 21st century. Because pop culture has used recordings that is trying to exploit the universe of the planet’s view of listening and what Copernicus himself has found is not so well going up against the situation and it isn’t a pretty situation. But on here, he points out to the paths that would happen in the next years to come. And throughout the 10 compositions that he wrote, it is a strange, disturbing, and powerful situation of what is to come for the listener to decide what he or she will do next.

I have to understand, Copernicus’ music is very hard to get into, but since I’ve enjoyed Worthless!, Ciper and Decipher, and Nothing Exists to name a few, I have to admit I am completely blown away and enjoyed what he has done so far. And this album is a work of a mastermind and the performers including Freddy Auz who sadly passed away last year, shines through with his bass work. And at times the music goes through the sounds of the Stranded-era of Roxy Music, early Santana, Frank Zappa, Stanley Clarke, Thelonious Monk, and Hawkwind.

There have been different versions of Immediate Eternity in French and in Spanish to name a few since 2001 along with two books of it as well. And they went back and re-recorded the whole thing in English and you could tell that the band and Joseph himself are having a blast making this album and three centerpieces. Highlights include; Absolute Truth is Possible starts off with a jazz improvisation between the styles of Oscar Peterson, Thelonious Monk, and George Gershwin for an introduction on the Newton Velasquez’s piano work before laying down the Fusion Funk and Freddy’s jazz touches on the bass work while the opener, Beautiful Humanity is done in the style and homage to as I've mentioned before, Roxy Music’s A Song for Europe that hits your heart with a beat away.

The ultimate cosmic voyager with a shuttling throttle into the stars and the solar systems on the 10-minute, The Stick, seems to see Aragundi going into uncharted territories with his rhythm and lead guitar solo as Copernicus shouts out in his voice followed by Velasquez’s haywire keyboard effect and chords and it is like going through the tunnels and getting ready for light speed. Now this is my 4th time listening to Immediate Eternity II, and every time you put on his work, you don’t know what to expect from the sound and mind of Joseph “Copernicus” Smalkowski.


And from beginning, middle, and end, I am now a fan of Copernicus’ music and there’s something about listening to this and while it can be hard to get into and seeing where Smalkowski is going to next in the near future, it is such a powerful, hypnotic to a compelling yet evocative album.
Posted by znathanson at 10:30 PM