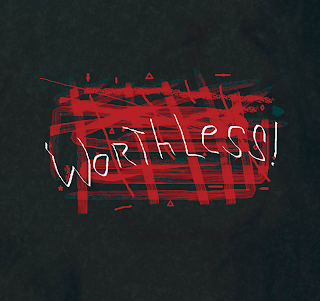 In the words of Alex DeLarge, “So What’s It Going to be then, eh?” before he starts his speech for the ultra-violence in A Clockwork Orange. But it’s quite an interesting experience when you have the combination of spoken-word dialogue of poetry, experimental music, and avant-rock madness that makes you wonder what is going on here. Well,, the ride that you are to embark on is from a man who knows his poetry and dialog very well by the name of Copernicus (Joseph Smalkowski)

Copernicus has been around since the mid ‘60s in the New York poetry scene and almost as if he’s following in the footsteps of Gil-Scott Heron, William S. Burroughs, Jack Kerouac, and Allen Ginsburg while performing in some of the clubs that were part of the punk scene including Max’s Kansas City and CBGB’s to name a few and performed in Europe as well.  And while this is my introduction to his work in the sounds of poetry and music combined into one, this is something that is beyond the beyond of strange beauty.

Worthless! Has this weird combination of; Aphrodite’s Child’s 666-era, Captain Beefheart, The Last Poets, Amon Duul II, Faust, Gong, and Lol Coxhill. Plus it also goes alongside the avant-rock sounds by following into the minds of ‘70s Krautrock, Neo-Classical and Free Jazz where everyone goes haywire and do whatever it goes from various improvisations as Copernicus goes through a spiritual turned evil-minded views of the dystopian universe and he knows it very well and knows the atmosphere of the world very well.

And what he’s telling the listener is “this world that we’re living in, is not what you think. Everything is an illusion and when you go inside the darker hole, pull out one piece of the truth and shout to let everyone know that we are living in the massive crime of the century. And shout out for freedom to stop the machine!” You have to understand its opening the door and seeing what the massive corporations aren’t what they seem to be and it isn’t a pretty scene when you have it opened.

His voice goes through various improvisations when he speaks from wide ranges of soft, screaming, shouting, and calmness that he brings. The music at times in which helps Copernicus out, shifts from these laid-back into tension noises with psychedelia grooved out raga-rock movements (Quantum Mechanics, Everlasting Freedom), Rock in Opposition atmosphere’s with the forces of Zeuhl (You are not your Body), Jazz Rock chaotic structures with the bebop genre of Funk (You are the Subatomic), Country-Blues (What is Existence?), and Concerto Piano with uplifting surroundings of a ballad (You are the Illusion that I perceive).

Then, everything becomes twisted with the instruments now going into chaotic mode along with a horn section, background vocalizations, and instruments going haywire (A Hundred Trillion Years!) and then the calm after the storm where its almost a score to the ending of David Lynch’s Eraserhead on the closing 12-minute title track with a symphonic string quartet and sliding guitar as you can imagine the man giving the last rite to the listener as a tragic hero to give its final speech.

It’s not an easy album to listen to, but this is for me, one of the most strangest yet beautiful, darkness, and mind-boggling albums I’ve listened to. So if you admired the bands and poets I’ve mentioned, then check out Worthless! A must have, but be aware, once you’ve listened to it from start to finish, there’s no stop sign to embark on Copernicus roller-coaster ride.
Posted by znathanson at 1:02 AM