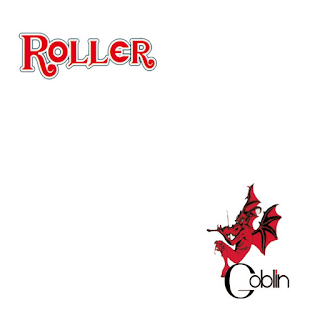 One of the most inspiring and spine-tingling bands to come out of the 1970s Italian Prog Rock scene alongside il Balletto Di Bronzo, Quella Vecchia Locanda, PFM, Banco, and Le Orme, Goblin were one of the most influential bands to come out of the woodwork and give you a bone-chilling adventure like no other. Although they weren’t like ELP, the music was haunting, jazz fusion, avant-garde, and terrifying at the same time thanks with their help from horror filmmaker Dario Argento and the scores with; Profondo Rosso, Suspiria, Tenebre, and Phenomena.

Their non-soundtrack album, Roller, is a touch of Canterbury Jazz Fusion and a dosage of the early Le Orme turning it into an eerie post-apocalyptic nightmare, which is evidential on the pipe organ thriller opening title track that features Claudio Simonetti’s sneering keyboard sounds while Massimo Morante and Fabio Pignatelli along with Agostino Marangolo, go at each other as Fabio’s fusion-like bass lines fill the haunted house with a twisted adventure. A lot of time changes go through Roller, to make it a ride that will take you out of this world.

The underwater atmospheric Coltrane-like sax on Aquaman is Claudio and Maurizio Guarini’s homage to the early beginnings of new age music while Snip-Snap is a shrieking moog fest, bass funk, and Herbie Hancock meets Gentle Giant beats that almost was left off during the Headhunters sessions. The instruments when you listen to them are not going at it each other, but it’s almost as if they would have recorded it with Hancock and Stanley Clarke as the Fender Rhodes is the grooving beat to have people dancing to the rhythm as they really know jazz fusion very well.

The classical guitar and piano tribe on Il Risveglio Des Serpentine, sees Goblin calming down after the storm on the first three tracks as they go through a 15th century concerto through the realms of Claudio and seeing where his roots came from in the late ‘60s/early ‘70s. With the classical touches behind them, it’s the title, Goblin, which puts the cherry on the hot fudge Italian sundae.

You can hear the early influences of Suspiria in the 11-minute composition and back into the fusion ring again as they go through a dark watery cave from the opening into a vicious freakout session as guitarist Massimo Morante goes at it as Claudio lets him have it with his Allan Holdsworth and John McLaughlin guitar lines that almost put a smile on his face as Fabio does his Hugh Hopper meets Jaco Pastorious bass lines to fill the void. Then they’re back into the Canterbury sounds with a touch of the Funkadelic taste with the finale, Dr Frankenstein.

Here, Fabio shines on with bass lines as he goes through each of the frets through the wah-wah ala Jazz Rock style! I just wish the track could have at least go on for about 11-minutes, but these men aren’t showing off, they are having one hell of a blast. An underrated album that needs a lot of attention for Jazz Rock fans to sink their jaws into. Should you go into the waters with Goblin’s music? Damn straight!
Posted by znathanson at 8:53 PM