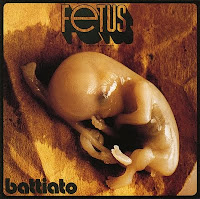 Among supporters including Julian Cope and Frank Zappa, he was one of the most innovative experimental artists to come out of Italy that never got the attention he received from the Italian Music Circuit of the ‘70s. A number of the Italian progressive rock music scene had a huge impact when the English bands received a huge fan base for groups that got the Italian Prog Rock bandwagon rolling, including Banco, PFM, The Trip, il Balletto Di Bronzo, and New Trolls. Only one artist who took the experimentations a bit further was Franco Battiato.
He started getting into the world of music at the beginning of 1970 in his hometown when he was part of the group Osage Tribe as a collaborator of the release of their only album Arrow Head. Battiato then left the group to persuade a solo career which was a combination of Tangerine Dream and early Popol Vuh. His music is so unique and almost Avant-Garde at the same time he was getting ready to do something that was magical.
Franco Battiato’s debut album, Fetus, which featured a controversial cover of an embryonic baby coming out like a dead flesh on an orange napkin, is one of the most compelling, stoner albums with spacey and folky psychedelic Egyptian sounds to the music. With some mysterious mythological arrangements on the opening self-titled track, Meccanica, Una Cellula, and Muatizone, including his own unique homage to the Renaissance music of Django Reinhardt meets Gentle Giant with Cariocinesi and the dramatic twisted take of the galaxy on Anafase with the Moog at the midsection almost sounding like Atari 2600 and then the angelic choir of the organ calling out to the heavens then going a little sinister on the acoustic that ends like a ballad for a funeral. Battiato was going to shy away from the Italian scene like a little kid, but taking a step further that became like a spacemen going to a strange planet and playing this music for the life forms to get a real kick out of it. The first two tracks Energia and Una Cellula were released as singles to get him notice in the top 50 Italian charts. He was also getting ready to perform at the Roundhouse in London so that he could get notice, but unfortunately he got involved in a car crash and soon he headed back to Italy and trying to make it big in the mainstream. But he’s still got the music inside him. And that’s the goddamn truth!
Fetus still sounds like a newborn baby that has been giving a new life. Its influential sounds is going on in today’s music in the electronic scene that’s going on today in the 21st century. Not bad for an artist who just took a concept about the life of birth in a futuristic bounty. Like the other Italian Prog Rock groups, its almost as if it was a ballet or an operatic cinema set in the year 2500 AD hopefully to get a word of mouth in a new adventure for a younger generation of music lovers to get into the spirit of the Italian Prog Rock scene.