The Future Kings of England - Who is This Who is Coming? 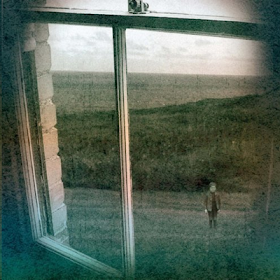 Paying tribute to the short dark gothic story from M.R. James who wrote Oh Whistle and I’ll Come to You Lad, it’s hard to write a concept album inspired by James short stories in the early late pre 1890s into the early 1900s, their fourth album has more of an obscure and eerie strange film score as for The Future Kings of England shows their influences from Van Der Graaf Generator, King Crimson, Blonde on Blonde, early Floyd, and The Lamb-era of Genesis darker sounds of prog like you’ve never heard before in your life. Taking the haunting approach and staying true to the unknown ‘70s bands of Prog, The Future Kings of England show their love that genre and is quite an interesting surprise.

Though it has nine tracks from beginning, middle, and end, Who Is This and Who is Coming is not your daddy’s prog album. Now this is my first time getting into The Future Kings of England’s music and if you are interested in the haunting progressive rock bands, well you have come to the right place to discover this band and this is a must have in your collection. The opening Journey to the Coast has this gypsy dance between guitar and tambourine as it segues into the mellowing ¾ time signature of early space rock on The Globe Inn. It has these touches of Gilmour’s guitar work and mellotron, organ, and synth setting the mourning scenery to let you know what’s about to come.

Then you have the acid folk turned a funeral for the insane asylum done by the synth as it transforms itself into a pipe organ on Watcher parts I & II while Convinced Disbeliever goes into the doom metal approach. With the doom sound, they take the ideas from Black Sabbath, Blood Ceremony, and the Pawn Hearts epic, A Plague of Lighthouse Keepers, it is very psychedelic and has some Iommi guitar riffs to add a notch of heavily portrait that is owes a lot to sound of the year 1971. Now we get into the 9-minute title track.

It has a great furious sound almost as if they pay tribute to the Canterbury band, The Soft Machine’s 1970s album, Third and the track Facelift as the organ and guitar broad into atmospheric structures into a nightmarish world of hell and taking some disturbing concepts. Like Soft Machine, they also take the Krautrock sound, the bands from Germany who were different the British Prog bands like Ash Ra Tempel and early Tangerine Dream music from Phaedra and Zeit, with synths, stoner guitar licks, and take you on a drug-related adventure that you’ve never dreamed of, really is a dream world experience.

As with the Krautrock scenery, the 10-minute title, A Face of Crumpled Linen, is a train ride of; shrieking and screaming as it goes into the world of the asylum with a ‘70s funk guitar rhythm and screeching keyboard work turned into the again, Lamb Lies Down on Broadway-era that Genesis made it sound like it was 1982, though you might feel that The Future Kings of England have got something here, they make it something strangely strange but oddly normal.

The album closes with Spectacle of a Scarecrow, which shows the band going into the Meddle-era of Floyd in the realms of the last 9-minutes of Pink Floyd’s Echoes allowing them to go into the sunset through guitar and drums as dawn approaches with some spacey Gilmour guitar references and Nick Mason like drum patterns including soaring keyboard riffs into the blue sky. Almost they have something in them, Who is This Who is Coming is something that you really need to take notice of.
znathanson at 1:28 AM
Share