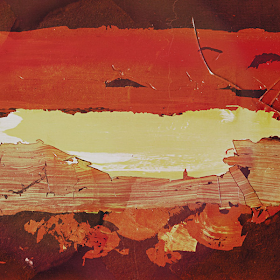 So you want to get into the deeper waters of the Indie Prog scene? Well you are in for a big surprise. Wolf People have gotten a big delicious bite of the apple with their second album. The band was launched in 2005 to capture the elements of obscure psych-prog sounds of: Mighty Baby, Second Hand, Tractor, Black Widow, and Czar, they released their debut album Tidings last year and they have gotten something big in their hands that is beyond a huge measure of real good music for 2011. Perhaps with an album cover that is the realm of Jackson Pollock, Wolf People now find themselves with the underground scene and creating hopefully a following with their retro sound of the late ‘60s and early ‘70s hidden treasure gems of progressive music. Already carrying the footsteps of those lost classics, Steeple is a clever exercise in psychedelic power house guitar feedback and the efforts that the quartet have in them will stand till and give them a huge energetic force that is mysterious or strangely strange but oddly normal.

The best moments are the guitar parts that Tom Hollick does as he improvises with his disturbing fuzz tone guitar licks with all the voltage’s he has with his hands to give Wolf People a real kick in the gut while the flute playing that is portrayed here pays homage to Clive Jones of Pesky Gee and Black Widow fame. But here on Steeple, the album is an inspiration of the scientific thunder of explosive compositions could easily fit for a film score of a Hammer Film-era starring Peter Cushing. The middle-eastern eerie psychedelic opener Salisbury Sands and the pounding flute riff rocker Tiny Circle, a number that could have given The Mars Volta a run for their money with a freak-out boogie with heavy guitar sounds and flute playing the melody together to bend a ghost-like haunting call. If only Andy Votel could sample a beat, it would be the second track to give it a huge jolt for B-Music.

More like a psych-hard rock conjoined twin with Black Sabbath’s debut album and Blood Ceremony’s music, Painted Cross starts off with a thunderous guitar lick that Tom does while Jack Sharp grooves with his vocals as he creates a mysterious place that is post-apocalyptic and people dying by being crucified, he really adds the disturbing elements with the story-line before Hollick creates a moody layered ‘60s guitar sound as it ends with an Avant-Garde Varese spoken-word crescendo. The eerie funeral isolated beauty of Morning Born offers a crunchy sound of being the loneliest person in your home town, but it’s quite pleasing in what Wolf People are breaking the door down and saying, “Look there’s something that you need to know. We are very different from the big Prog names and we take the obscurity by heart.”

Drummer Tom Watt doesn’t play the drums like John Bonham or Neil Peart, but he plays like a vicious Dr. Jekyll and Mr. Hyde combination on Morning Born at first he plays gentle then he goes into the attack mode as Hollick goes in for the syringe with his sneering guitar work while Sharp creates a moody rhythm sound as if he’s finger picking the notes to create the song on a perfect touch of energy while bassist Dan Davies lines are suspenseful and dramatic to the composition that is more emotional and more viciously in your face to give it an anti-climatic finale. What may lay the road ahead for them, Steeple seems like a trip to a world of eerie adventures that is out of this world and very much in the realm of David Lynch meets Alejandro Jodorowsky.

Fitting the void of Ash Ra Tempel’s debut album and homage to guitarist virtuoso Manuel Gottsching, the sinister and tour de force electric power of Cromlech is in the waters of the Krautrock trio as Wolf People pay a tribute to the Space Rock cadets with Joe Hollick creating a solar system ride into the black hole with his Dave Brock and Gottsching guitar sounds to give it a wall of feedback and keeping the space ship into full orbit as it goes into the black hole of a forbidden planet. One By One from Dorney Reach starts off with a crescendo with Tom Watt and Joe Hollick going bat shit crazy for 30-seconds and then it pays tribute in the Amon Duul II Yeti-era sound of psychedelic punk attitude with a chomp to the leg filling the battlefield of the war to rage. Sharp creates a disturbing rhythm sound on the guitar while Hollick does a chugging train sound on the guitar before it becoming a bluesy metallic rockin’ touch as Watt plays like the drum beats with a funky groove as Davies follows Watt with his picking garage rock bass lines.

The sequel to Black Sabbath moody and disturbing ballad of Planet Caravan has just come in with the 7-minute rumbler, Castle Keep. Beginning with the folksy obscure guitar reverb rhythm as Sharp sings, “My Heart is dying.” Almost as if he’s Robert Johnson, the band go into a bluesy-prog feel before going into the Blood Ceremony punch for Wolf People to get in there and move away from the blues sound and into the middle-eastern feel as Watt creates an Egyptian percussion feel on the drums before getting into another space hard rock adventure almost as if they recorded this track in 1972 for Ralph Bakshi to use in his underrated cult animated classic for Lord of the Rings.

The two-part composition closer, Banks of Sweet Dundee is a tribute to the obscure folk rock sound of Comus and obscure hard rock band, The Human Beast. It provides an acoustic and mellowed layered guitar sound that Hollick brings and lay back to give Sharp a chance to shine with his heartfelt vocals as the band take a mystique sound with their instruments to give it a closing to a T. For keeping the Obscure Prog sound alive and the inspirations to come in, Wolf People have released the beast to the wild and Steeple is huge step in the underground rock tradition, but the evidence is in the pudding and the music keeps on growing. The result? A tremendous amount of credit.
znathanson at 9:36 PM
Share