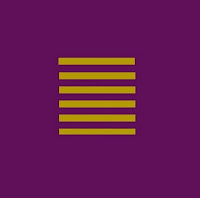 Among the influences of Krautrock and Experimental Music, QA’A are one of the most newest bands to come out of Barcelona, Spain to bring this music into unbelivable territory that would make Faust very happy with. The band mastered their debut album in Germany at the Faust Studios with a little help from Hans Joachim. Listening to this album three times, it is quite understanding why Hans wanted to work with this band from the start. Chi’en is weird, but an astonishing album that captures the golden-era sound of ‘70s Germany.
This is a very high voltage record. QA’A doesn’t pull any punches into the musical territory that seems it was recorded in the Mental Institue with Avant-Garde shrieks, Radiohead guitar sounds, bizarre tribes, or just mindfucked to put it into words about Chi’en. It is very twisted having 10 and 27-minute compositions that are lengthed from the ground up. Each of the numbers have a lot of uncharted territories that will make your eardrums bleed and thinking to yourself ‘What the hell did I just embarked on here?’
Take for example, the opening track, Eastern Westdown, which starts off as an ambient adventure at the bottom of the sea filled with whispering background vocals. The chanting and the synths going off the roof while the guitar and vocal lines just sends a massive jolt of Amon Duul II’s Phallus Dei. Beginning with an acoustic folk finger picking technique and then it goes into the sinister sounds of Indian Tribe Raga-Rock. I love the ending where they go into a massive attack mode with having their instruments with a wide arranging of feedback to close the piece up.
Other centerpieces include the Can percussion and funk chugging on the guitar similar to Michael Karoli and the bass doing a jazz fusion take on Speakerbox and the reminscient of NEU and Faust with the 14-minute magnetic hell of She Provides with a deafening shrill on the guitar along with the bass going haywire along with the vocals doing more of chanting by giving it the Thom Yorke/Jonny Greenwood treatment with a thunderous chaotic sessionthat would have made the hippies run for their lives. The 24-minute epic, Peeling Off, is as weird that you can get. Here now, you get the feeling that the band are not making any excuses with a sax wailing out for mercy that is almost out of Van Der Graaf Generator along with the guitar about to be malfunction with eerie noises.
Imagine a band coming up with a weird magic carpet ride that is compelling and bring the music to you similar to the sounds of Sonic Youth coming up with some weird sounds that would make you feel right at home. The two tracks, the 17-minute track, Time Is Key is a wildy experimental remisicent of a crossover between Cluster’s Zuckerzeit and Ash Ra Tempel’s Schwingungen as if they were playing this on a metronome ala acoustic folk style while the closing title track is a calm after the storm to show their tribute to Kevin Ayers in a lukewarm pastoral cathedral background as to give the frenzy a little nap. An album like this can make it worth the wait in the headphone album tradition, but not only the pieces are damn good, but the tracks are combined as a force of vision. It’s a scary, shattering, and magnificent album to listen to that proves that Krautrock is going strong today in the QA’A universe.
znathanson at 10:26 AM
Share